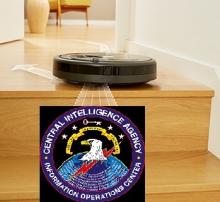 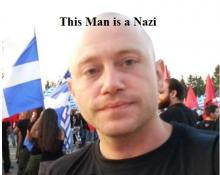 Since the public outing of Neo-Nazi leader Andrew Anglin's mail drop on the 15th of last month, a great deal has been going on behind the scenes and in the back alleys of Columbus's white supremacist underground. Despite assurances from the FBI to people who have been threatened by Anglin and members of his neo-nazi website the Daily Stormer that he is overseas, likely in Germany, he has surfaced in Columbus Ohio on unknown business.

Airports in Washington DC, New York, Chicago, Denver, Columbus, Seattle-Tacoma, Los Angeles, San Francisco, Portland and Dallas saw protests against Trump's recent executive order on the immigration status of Muslims from seven countries. The protests ranged in size from a reported 700 in Los Angeles to over 5000 at New York's JFK.

Trump, frozen grants, the EPA and the USDA: its about the water

When an enemy comes from multiple directions, the target is where their lines of attack intersect. In the case of current round of executive orders causing grant freezes and gag orders the attacks from multiple directions take multiple lines and thus have multiple intersections. One intersection makes a cross-hair on the forehead of government sponsored science in the public interest. Another targets non-profit profit science in the public service sector and directly threatens the lhealth of low income communities and the livelihood of the people who work to improve that health.

How Paul Ryan's secret tax break is linked to Trump's pipeline support and will rob every American blind.

In the beginning of the Obama Administration, there was a retreat from what Sarah Palin called “that hopey-changing thing” into a continuation and expansion of Bush era policies and norms. Bush's extraordinary rendition became Obama's normal drone strike, a weekly chore done on “Terror Tuesday.” As the revolving door spins at the entrance to the Oval office, Obama's tenure set the cornerstone of Trump's energy and economic policy.