The Russians are not under the bed in Vermont either 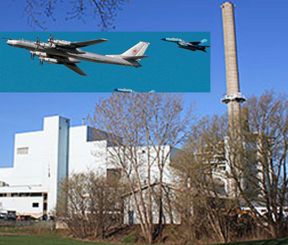 The Washington Post announced it. The wire services ran with it. The Intercept failed the Washington Post on journalism 101. Newsweek tried to salvage the story. The fine details also give another drop of proof that a major news allegation that has been hyped for months is completely without merit. In short, the the claim that Russians had nefarious plan to hack the power grid of Vermont is false. The Mockingbird has checked under both Ben and Jerry's beds, and we found no bears, fancy, cozy or otherwise.

The claim was that a Russian intelligence hacking group, code named Grizzly Steppe, had penetrated Vermont's power grid and was up to some kind of very threatening evil. The claim was tied to ongoing baseless claims that Russian intelligence hacked the 2016 election. Both claims are completely false. Unlike the election hacking claim, this claim collapsed in under 48 hours and what credibility the Washington Post had was further buried in the rubble.

Rather than an attack on infrastructure or the power grid of Vermont being hacked, a single laptop owned by the Burlington Electric was found with malware. This laptop never actually connected to anything that controls the actual grid.

The malware was found after a DHS notice was sent around to various public and private organizations to scan for a specific piece of malware that had infected some computers at the Democratic National Committee. This same malware, possibly Russian in origin was what was found in a single place in Vermont.

The announcement that the malware was Russian and associated with a group or threat codenamed Grizzly Steppe instantly put a huge hole in the claim that the DNC hack was carried out by Fancy Bear and/or Cozy Bear acting in concert. The allegations against Fancy/Cozy Bear made were made by the private security contractors Fireeye and Crowdstrike and contradicted by other research done on the Trump campaign organization's connections to Russian banks by Fireeye. When DHS went looking for that particular kind of malware they associated it with a different set of Russian hackers.

The only thing that can be concluded from actual software analysis on any of these incidents was that spearphishing attacks were made using malware compiled on Russian language computers. Malware is sold and traded between hackers all the time. Spearphishing is a common attack method that is far from unique to Russian actors, be they bear or human, government or private. The trick is as old as web based email services. Thus, high end security companies, working on the same project as the Department of Homeland Security found a single piece of malware, which is obviously commonly used, and blamed Russian spies rather than Russian speaking teenagers for launching one of the lowest forms of weaksauce hacking since the peek at the password over the shoulder technique was pioneered by college students in the 1970s.

An actual attack on any industrial installation requires more than a single bit of malware. It requires custom built software for that installation. One example is Stuxnet, a joint US-Israeli worm designed specifically to attack the automation hardware of Iran's nuclear enrichment program.

The Intercept began to debunk this grade school level journalism by the Washington Post and the story fell apart. Glenn Greenwald himself stepped up to the editorial bully pulpit and preached the gospel of fact based journalism in an early morning New Years Eve sermon. Burlington Electric itself issued a statement contradicting the Washinton Post report.

Even as the Washington Post changed it's headline on the story and included unattributed quotes full of weasel words from unnamed “officials,” Newsweek came forward to essentially say “yeah, but...Russians are bad people and they must be hacking...something...”

Aside from leading the article with an attack on Putin as a “thug,” which is not news to anyone who watched the Olympics, Newsweek went on to defend the claims by simultainously endorsing and attacking Greenwald. They ran with “Journalist Glenn Greenwald at the Intercept picked apart the Post piece, raising fair and important criticisms about the larger story;” Journalist Glenn Greenwald is the editor in chief, not some copy boy at the sports desk.

Newsweek continued with “However, that point is subsumed by Greenwald's recently acquired reputation as a Russian hacking skeptic, with the Intercept publishing numerous articles that doubt the U.S. intelligence agencies' findings (as well as private security firms') that Russia deliberately interfered with our election by hacking and releasing documents designed to be embarrassing to Hillary Clinton and the Democratic Party.”

Russian hacking skeptic is a term not yet popular in print, but will be the equivalent of “birther” for the next four years. Putting aside that the Intercept has published articles based on their staff's solid knowledge of computer security issues, the above statement is full of holes. The entire concept that the Russians were behind the hack boils down to the fact the well known fact that Putin would rather deal with Trump than Clinton. Basically the Russians are bad because Putin was happy that Hillary Clinton was embarrassed.

The reader is supposed to read the statement and feel ownership over Clinton's emotions. “Our election” was used instead of “the election.” Again, Newsweek failed to note that however embarrassed the Democratic Party was, they did not deny the authenticity of the emails. People were actually forced to resign. Somehow this is now Putin's fault.