Did the Intelligence Community Intervene in the Making of Epstein's Shadow Ghislaine Maxwell? All three episodes of Epstein's Shadow: Ghislaine Maxwell were released on the Peacock Network (NBC's streaming service) on June 24th and Sky's streaming service in the UK on June 28th , 2021. Because of my long history of covering all things Epstein, it was of interest to me. It was billed as a documentary, although Blue Ant Media, the production company, claims it specializes in “factual entertainment”. A colleague and I settled on the term “Docutainment”, while discussing the biggest problems with the three hour media product. 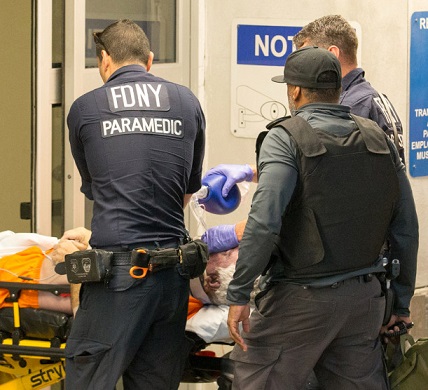 A picture went viral on the internet two days ago on May 27th. It was a shocking picture of a prison bus with car seats for toddlers. It was alleged that the bus was used to transport immigrant children after they were separated from their parents on the direct permanent orders of pro-segregation Attorney General Jeff Sessions.

It is hard to determine the truth as to what happened when president Trump ordered a “one-off” military strike on Syria with “smart. Very smart.” missiles. There are conflicting reports on the actual targets of the strikes and these reports vary by source country. As it stands, the United States, the UK and France participated in the strike. The United States, Russia, Iran, and Turkey have military forces operating in Syria along with non-state actors that include two different versions of a Free Syrian Army, Kurdish forces from the YGP, Kurdish forces from Iraq and Hezbollah.