It start five days ago with a couple of tents in Portland Oregon. Opposition to Trump's amplification of ethnic cleansing in America grew quickly and adopted the terms and norms of 2011's brutally suppressed Occupy Movement. Within 2 days the ICE office in downtown was closed, with the little Gestapo inside pleading to go home from work to “see their families.” Irony is in the budget.

The protest spread to Varick Street in New York City where protestors managed to block the loading docks taking detainees to America's every growing network of civilian and military prison camps. As of today, June 26th, that facility is not fully operational either. 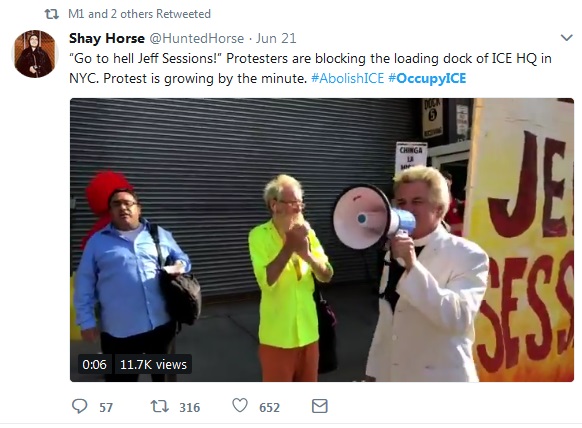 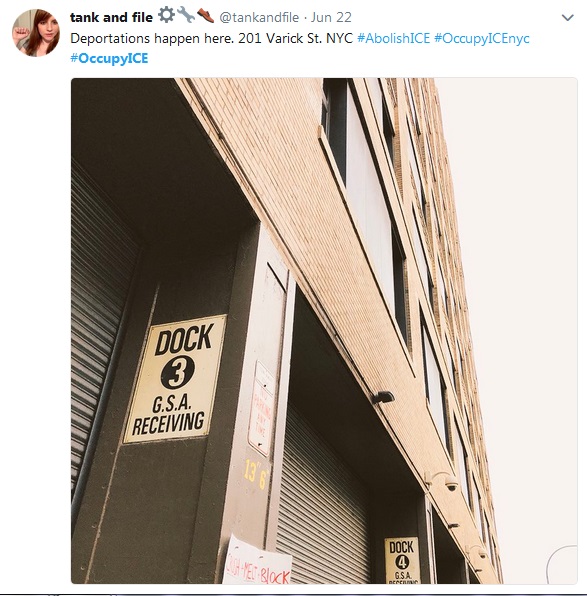 The protests, organized mostly through social media, have now spread to Los Angeles, Tacoma, Chicago and Detroit. The entrance to at least one facility in Detroit is blocked. 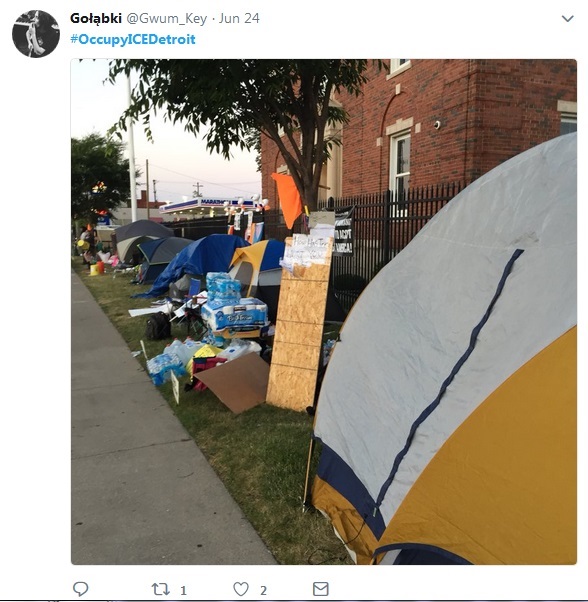 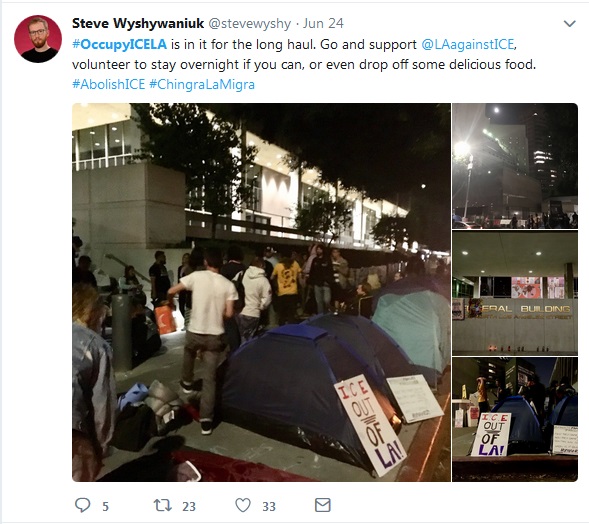 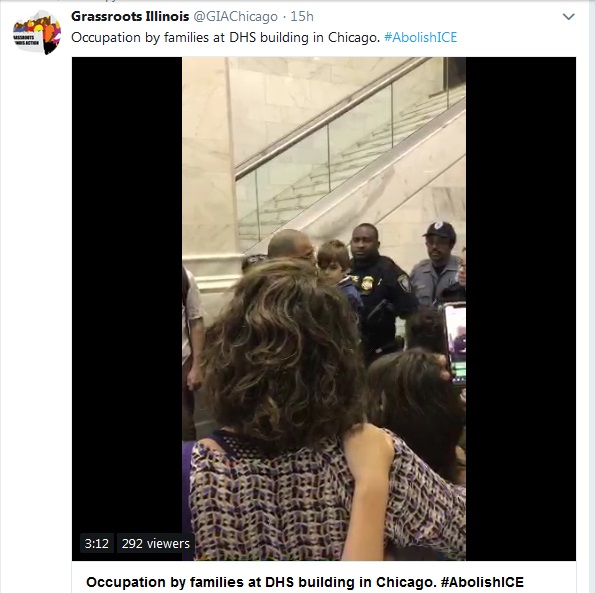 The protests are not without the beginnings of repression, both legal and extralegal. The owner of the office complex that ICE rents space in drove his car through the protest 3 days ago, striking and injuring one demonstrator. He was not arrested and threatened to fight any protestor one on one at any time. There have been random tear gas canisters fired from inside of the building last night, and rubber bullets the night before. At least two armed white supremacists have showed up, one with a huge confederate flag on his pickup to harass protestors. Tesla has provided free parking to displaced ICE employees. The YWCA several blocks away has volunteered to hold 20 migrant children during the disruption, somewhere behind the sign bearing their slogan “Eliminating Racism, Empowering Women.” Irony is in the budget. 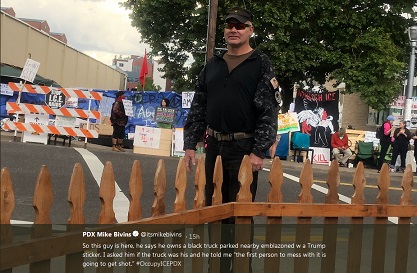 There are a variety of more mainstream groups calling for a day of protests on June 30th. Some of these feel good performative protests are being organized for public parks, like Washington park in Cincinnati. Although there are two ICE Detention Facilities within 10 miles there are no being made by US conference of Catholic Bishops, who organized the event, to confront them directly.

Meanwhile, the beginnings of actual material resistance to ethnic cleansing are spreading. Occupy ICE PDX coined the #occupyICE hashtag and members of the global hacktivist milieu anonymous are currently organizing under the slogans of #OpICE and #OpIceIceBaby.

Organizers at the occupations in both New York and Portland have been given fliers by the US Attorneys office ordering them to vacate and both have signaled the expect greater pushback or actual attacks today. The Mockingbird will continue to cover this as best we can from a distance until this spreads to Ohio. 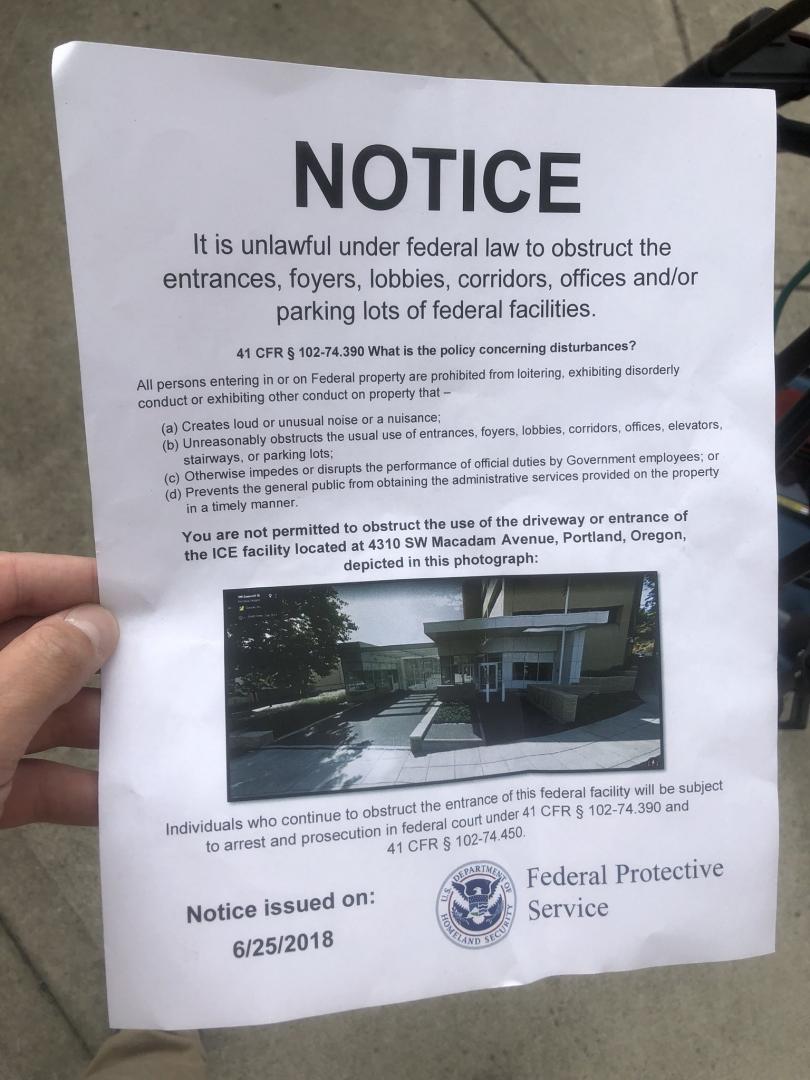