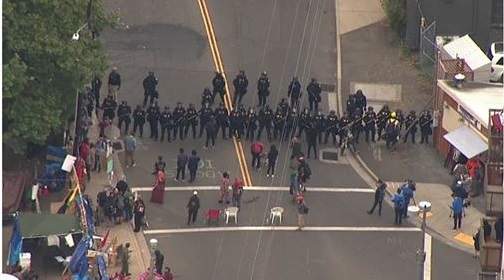 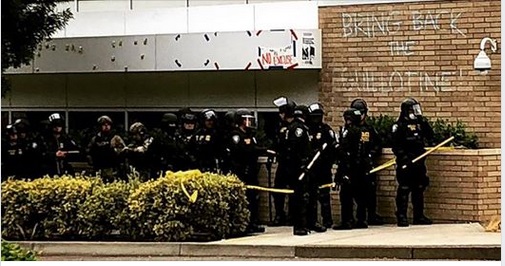 While the Department of Homeland Security was putting boots on the ground, the President's tiny fingers were on his phone sending out a tweet. That tweet read “...home addresses...putting these selfless public servants in harms way. These radical protestors want ANARCHY..but the only response they find from our government is LAW AND ORDER.” The tweet in question is provided below.

While a single account associated with Occupy Portland ICE tweeted out a couple of home addresses of ICE agents, The Mockingbird worked from the same list that was circulated around the internet before eventually finding a home on Wikileaks. That list was garnered from linkedin. The Mockingbird published the home address of every known ICE Agent in Ohio. Was the cheeto in chief talking about us?

In the lead up to spoiling my morning Covfefe, there were three days of DHS personnel reading the Mockingbird. The traffic was thick enough that they are now an actual readership demographic. One agent, identified below via a public IP tracing tool, spends 2-3 hours per day reading the same articles from DHS headquarters in Washington DC. 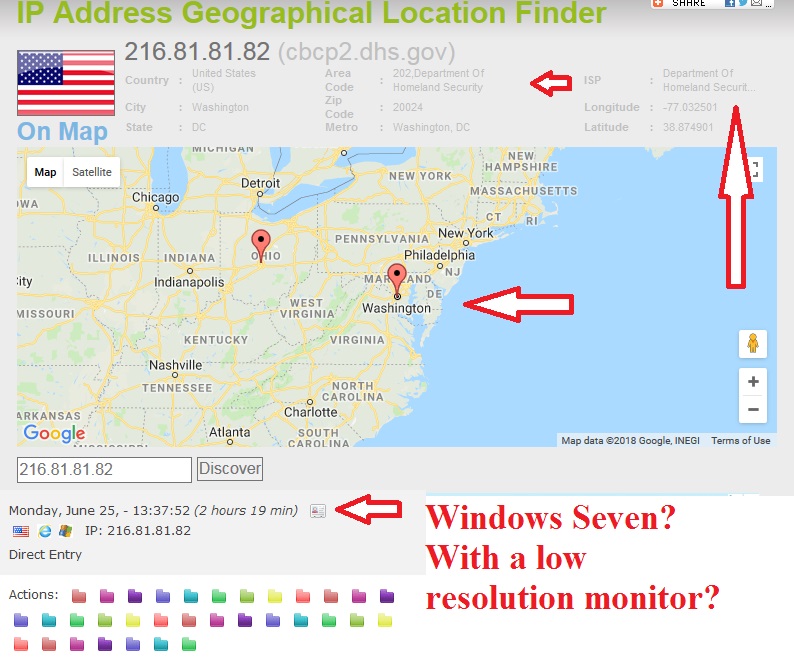 Did this website, which now has all it's immigration articles read by multiple DHS agents every day, make the president's morning briefing and he tweeted about it? Truthfully, I hope so. Perhaps it was the protestors in Portland that were solely responsible for drawing the ire of the manbaby in chief. Perhaps the president's briefing team mashed a bunch of different reports down so he could get his thoughts into 140 characters or 14 words.

Along with the shutdown of the Portland Blockade, the Tacoma and Detroit occupations were closed out by force. Yesterday, June 29th, 650 people were arrested in Washington DC in a sit down protest against immigrant detention and child separation. Today there was a wave of protests across the country, mostly organized by Democratic party front groups and mostly tame. There were reports of some civil disobedience not sanctioned by Nancy Pelosi's civility enforcers but there are still filtering in.

So far as the Mockingbird is concerned, we enjoy getting an average of 100 additional hits per day from Department of Homeland Security personnel. Perhaps they will learn something, but likely, they will still remain fascists who run concentration camps. They will be facing increasing direct action in the coming days in multiple cities according sources.