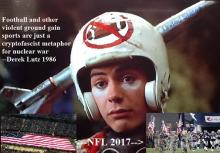 Derek Lutz, played by MCU icon Robert Downey Jr in the 1986 comedy Back to School, said it plainly in the Reagan drunk heyday of the late cold war “Football and other violent ground game sports are just a cryptofascist metaphor for nuclear war.” The public would like it to be just a pastime, just a game, just a sport. It is not and can not be just a game. 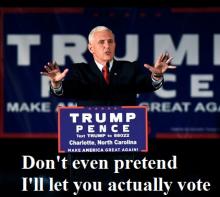 Both side of the so-called political aisle have provably suppressed voters.