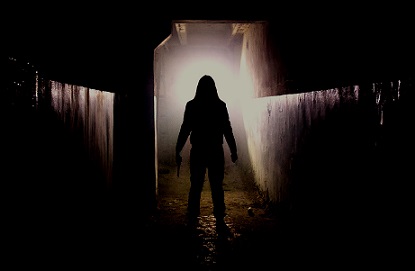 Schizophrenia. Drug addiction. Abusive behavior towards women. These are pre-sentencing determinations and evaluations from the sentencing hearing in Philadelphia September 2021 in response to the Kensington Corridor Attacks of 2016. He was charged with a single felony one aggravated assault for three rapes, with all possible charges rolled into one. What is still to be determined is if Byron Shamor Allen (jr) is guilty of murder one and all related charges down to aggravated and simple assault for the brutal slaying of Natasha Gibson in Delaware County.

The defendant, Byron Shamor Allen, (jr.), is most commonly known as Byron Allen. His name is the same as multiple other individuals in the Pennsylvania court  system. His name is also shared with  a successful Philadelphia area television producer. Confusion surrounding  his name makes his background mysteriously unavailable.  His identity often confused with the other Byron Allens, including one in Conway, Beaver County,  who received publicity  for an unrelated murder and was eventually charged with aggravated assault.

Byron Allen falls under the definition of a sport predator. What we do know about his criminal career is that he began to be charged for violent crimes starting in Philadelphia March 2002. A  09 March 2003 Philadelphia Inquirer article written by Jacqueline Soteropolous reported that:

Allen "turned what should have been a normal day in a residential neighborhood in this city into a very dark day," [Assistant District attorney Mitchell] Bober told the judge. "It is only a miracle that no one was killed."

Allen declined to address the judge before sentencing, but his attorney, Adam Rogers, told the judge that his client's judgment that day was affected by smoking marijuana laced with PCP. Rogers said Allen pleaded guilty because he accepted responsibility for his actions.

"He has pretty much thrown himself on the mercy of this court," Rogers said. "I would ask for the most lenient sentence that this court can find."

"Try to use this time to the best of your ability," the judge told Allen. "It might not feel like it now, but you will have a chance to start over."

He was in court with his bail revoked for over 75 counts, with multiple charges of criminal conspiracy, simple assault, aggravated assault, attempted murder, possession of firearms not to be carried without a license, and robbery of a motor vehicle. He was successful in throwing himself to the mercy of the court,  pleading guilty with a possible 150 years in the State Correctional Institution to run concurrently. He served less than ten years, leaving his co-conspirator Robert Lamar, sitting in prison.. For each charge that Allen pleaded guilty to, the court accepted his plea with mandatory pre-sentence mental health reports ordered. HIPAA protects those reports and thus they are  unavailable to our current Right To Know requests.

From April through October 2016 he is believed responsible for over a half a dozen attacks leaving at least three people dead. According to  04 January 2017 reporting by Mike Newall for the Philadelphia Inquirer:

In Philadelphia, police say, he'd lure woman who worked as prostitutes, then slit their throats, beat them with bricks, or choke them unconscious. In most cases, he'd sexually assault them.

Police also suspect Allen of the July murder of a Kensington woman.

And all those red flags.

One thinks that a PCP addict with a propensity for violence against women would be under close scrutiny by parole authorities after his release from prison on 75 felony counts related to a car-jacking with a sawed off shotgun followed by a shoot out with the police. But this was not the case. As Newall's article explains:

Law enforcement officials with knowledge of the case told [Newall]  that the parole officer assigned to Allen's case had expressed frustration that Allen was not taken off the street earlier - if just for inpatient drug treatment - but that the officer could not spur his supervisors to action. (The board ordered Allen arrested in October after police identified him as a suspect in the crimes.)

This fits with what parole agents have been telling [Newall]  for a few years: In the state's effort to decrease swelled prison populations - and reduce recidivism rates - it's harder to lock up some people who really should be off the streets.

The pendulum has swung so far. The things that used to immediately land a parolee in handcuffs, like PCP, don't now.

Parole authorities have been largely silent about their role in enabling his escalating violence.

Allen is due back in court February 2022 where he is said to be requesting a trial, as opposed to accepting plea, for the murder of Natasha Gibson of Yeadon, Delaware County, Pennsylvania. This legal move is against the advice of his attorneys, who urged him to plead guilty in order to avoid the death sentence in the face of overwhelming evidence.