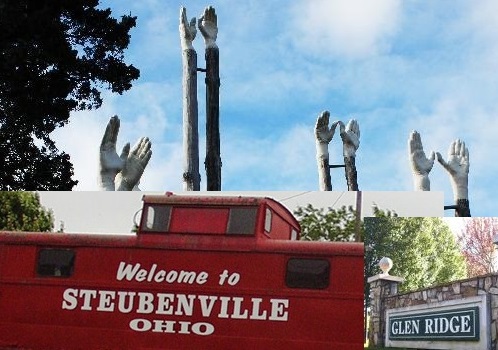 Earlier this month The Mockingbird reported on two alleged incidents of sexual assault by a student in the Yellow Springs Schools system on at least one other student. This story, set against a backdrop of poor record keeping by the YSPD and the appearance of illegal in-kind campaign contributions by the school system to the Levy Committee did not give complete details on the second incident, only the first. Some of these details have been acquired through diligent record searching by the Mockingbird staff. These details are shocking and offer further proof that there is collusion between local government and school officials to protect guilty parties from justice and silence any discussion.

According to the Yellow Springs News Principal Tim Krier, the father of the accused in at least the first case, took a medical leave on March 8th, 2018. School Board minutes reflect that his leave began on the March 7th. The police report for the second incident began on March 7th at 15:38, or 3:38pm in the afternoon. School ends at 3:29. The entire report, brief as it is is included below.

Note that the report lists “several” students involved. It is not clear what Sgt Watson means by several, but going with the common definition it definitely means more than two. Several probably means less than ten. A sexual assault took place, and it involved more two students.

As the number of possible involved students increases, the possibilities for what transpired also increases and it does so exponentially. If such an event involves two students, one is the perpetrator and one is the survivor. Adding a third student adds three new possibilities as the third student could be a perpetrator, a survivor or a witness. Adding a fourth student adds three more possibilities and the visualization gets exponentially uglier with each addition.

Totaling up the meaning of several multiplying by three gives a minimum of 3 maximum of 27 different combinations of witnesses, survivors and perpetrators. It is extremely likely the perpetrators outnumbered the witnesses and survivors. What actually happened and to whom was unknown, but it warranted a call to the police.

What can be constructed from this chain of events was that one student told the counselor, the counselor told the assistant principal, the assistant principal told the parents and after all that was done the police were called. One of the parents told was Tim Krier. His son, Noah Krier, was not questioned because his son was not available. Noah Krier was not available because the police were not brought in until after both he and his father had left school, never to return.

According to social media posts made by Krier family friends, Noah Krier is in some form of residential care. This protects him from arrest or even questioning because medical confidentiality makes it impossible for him to be located. This confidentiality is coming at the expense of the School System. Functionally it is a government financed coverup under the guise of a medical leave.

With the coverup in motion, there was little left for the YSPD to do in it's so-called ongoing investigation. There is no additional information available. There are no records that indicate survivor(s) was/were interviewed. There are no records of attempts to get witness statements. There was no contact with county authorities for additional specialist help as was done in the previous case involving Noah Krier, during which charges of gross sexual imposition had already been recommended.

The only possible thing for the police to do in this case, given that all witnesses seem to be somehow unavailable, is to proceed with charges against those people who have made those witnesses unavailable. It would be slam dunk easy to charge any number of adults with obstructing the investigation simply for contacting the parents first. A police report has been made about a crime, yet there is no listed victim(s) and no witnesses. The ongoing investigation has no apparent path, no plan for collection of evidence and no suspects. It appears to be a purposeful dead end designed to remain open without comment indefinitely so as to protect the guilty.

The reputations of powerful people seem to be at stake, and those people have in their arrogance publicly conflated the reputation of the village and the school system with their own. It is almost as if certain people consider the public, the village, the government, and all the citizen's children their private property.