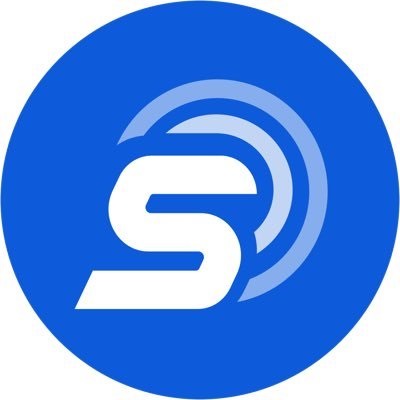 I should have seen this pile of dystopian fecal matter stack up long before it reached eyeball height. In 2010 I had a friend who had been run off campus of the cult that called itself Cedarville Bible College for professing her (very white, very liberal) feminism. She was permitted to graduate but not permitted on campus except for class and chapel. She still had her meal card although she was not permitted to eat there because it had a magnetic stripe that would be swiped to record her attendance at church which was mandatory every day of the week. The Omniscient sky overlord of the cult, whom they were required to worship, might know who was there and who was not, but it fell to the cult members and their technology to keep actual track of the attendance and punish the apostates for their truancy.

Fast forward ten years and it is not just a Trump worshiping cult that civilized people refer to as “Southern Baptists” that monitor the movements and meals, both those which have undergone transubstantiation or and those that have not, of adults who mortgage their futures for a bit of learning that might get them a slightly better job. Locally, Ohio State University builds psychological profiles on its students, allegedly to spot active shooters before they happen. This program was built by the same psychologists who designed the torture techniques at Guantanamo Bay.

Another company, SpotterEDU, has entered the college student as inmate industry. Their product is a cell phone application that connects via blue tooth beacons strategically placed around a college campus in order to monitor class attendance and “help students struggling with college life.” The technology can tell if a student habitually sits alone in a dining hall. Perhaps they are lonely, perhaps they miss their family and need their college to be a surrogate big brother, Perhaps they do not want other people watching them choke down the swill served in many dinning halls by Aramark services who also provide maggot ridden meat to many of the nation's prisons and jails.

In fairness to OSU, they do not contract with SpotterEdu. They only contract with Aramark and the Guantanamo alumni at the Center for Personal Protective Services (CPPS). In neighboring Bloomington Indiana, Indiana University does contract will all three.

SpotterEDU knows where a student is on campus at all times. CPPS is building profiles based on proprietary information judged by former CIA contract workers that tortured people for their political ideas and actions. The data belongs to the university and there is no restriction on the sharing of the data between two contractors.

To make matters even more chilling, this data is a business record of SpotterEDU, CPPS, and the University in question. That makes it subject to seizure without warrant or notice by any federal law enforcement or intelligence agency under Section 215(a) of the Patriot Act. Students are now taking on tens of thousands of dollars per year in debt and that money is being used to fiannce not only their micromanagement by their school, but their micro-profiling by torture loving CIA contractors, the campus police (who actively work with CPPS) and any intelligence agency that cares to automatically help themselves to the entire data hoard. It is debt financed consumer participation in ones own oppression. The national security state always thanks you for your participation.

The Washington Post ran a story on SpotterEDU a little less than a month ago, on Christmas Eve 2019. The story was a puff piece that sort of swept aside the privacy concerns with some mumbles about changing modern mores prefering convience and engagement to civil right. This is not a shocking editorial direction for WaPo to take. The paper is owned by Jeff Bezos, who bought it with the money that Amazon was paid to build cloud services for the CIA in a deal brokered by the former director of the CIA.

Thus the loop between the CIA, prison food, torture, college campuses and privacy rights is closed in one neat little package. In 2010 I thought Cedarville Bible College was the height of totalitarianism in the modern learning environment. That was until Big Ten Universities collectively screamed “hold my beer.”