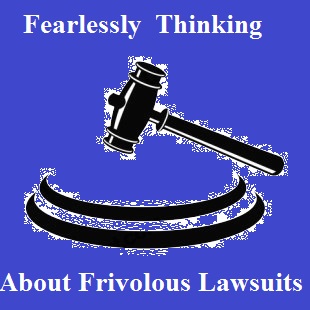 In jiujitsu there is a concept called an arm drag. Your opponent pushes against you hard and over extends themselves. You pull their arm horizontally across their body, leaving them further off balance. This opens them to further, finishing techniques. The Yellow Springs School Board, during their dismally failed campaign to raise taxes to unseen heights, sought to intimidate and silence all potential opponents. They did so by selecting a former teacher to sue that they had already abused, professionally attacked and even exploited therapeutically. Sitting at the center of the decision to launch the suit, and thus invite a $100,000 countersuit which could cost nearly as much in legal fees, is board President Aida Merhemic. This was the push and the countersuit is the drag that follows. The text of Bussey's filed counterclaim is included below.

While Bussey was undergoing the bullying and abuse at the hands of Principal Tim Krier, father of accused high school serial rapist Noah Krier, she was in therapy for the emotional trauma inflicted on her daily at her job as a health and gym teacher. Her therapist, Board President Aida Merhemic, did not disclose her role as the lead elected official overseeing the school system where Bussey was being abused at work. Merhemic took Bussey's money, profiting from her abuse, and then allowed that abuse to increase and continue.

When Bussey brought suit, both through the courts and the Ohio Civil Rights Commission, Merhemic did not disclosed. Thus she was the president of the board of a body being sued while knowing the plaintiffs most private feelings. Her conversations with lawyers, as board president, are privileged and thus it is unknown what was said. She was however in a position to use her intimate knowledge of the plaintiff in court against the plaintiff who as also both her client and her employee. She did not recuse herself in anyway until publicly found out at the board meeting that decided not to renew Bussey's contract in 2014.

It is also not clear what participation Merhemic had in the board's decision to launch their renewed suit against Bussey in late April. At the same time the suit was being filed, the school board held a “special work session” for which there is no posted agenda or minutes in violation of Ohio Public Records law.

This gross violation of professional and personal ethics is actionable in the State of Ohio. Any five licensed therapists can come together to demand the Ohio Board investigate and remove Merhemic's license to abuse clients in this state.

The actual accusations made by the board in their SLAPP suit are completely without merit and have zero chance of prevailing. The core of their argument is that Bussey disclosed the settlement in an anonymous Facebook post in April of 2018. The entire settlement was printed in the Yellow Springs News in 2015. The board broke it's own confidentiality before the ink had even dried. The board further can not demand that Bussey keep silent on a case that is in the public record at the courthouse, in school board minutes and in the newspaper. The case is not sealed by a judge.

The board also never upheld a single part on the bargain. They did not selectively purge the records of the unfounded negative references to Bussey. They did not include her letter of recommendation in her file when sent to other school districts and indeed when they violated the settlement by releasing the full file to The Mockingbird. This publication published the file along with many other documents and subsequent to that the Board chose to sue Bussey for allegedly anonymously alluding to a settlement they themselves had been continually violating for nearly three years.

One can not help but notice that Bussey was the second of three teachers to fill that position in as many years. Gym teachers teach health and sexuality. Tim Krier appears to have used his position to bully the teachers most likely to be confided in by his son's alleged victims. Adding the total cost of the court cases so far and the likely cost after the School System looses, which it will, a figure of nearly $250,000 is arrived at. Yellow Springs has spent more money covering up bullying, gender abuse, and sexual abuse in it's school system than President Trump has spent attempting to buy the silence of a porn star by a factor of 2.

The decision to spend the money and launch the suit rests on only two desks, those of Aida Merhemic and Mario Basora. No item can be place on the school board's agenda without both of them agreeing. That is a school board bylaw. Thus both needed to bring the agenda item forward for a rubber stamp vote before lawyers could be hired and money spent. This is the decision making process that the Village of Yellow Springs entrusts it's children to and this is the honesty and professional ethics of the people who run it.