A Neo-Nazi Leader works in the state department. Staggering incompetence got him security clearance. He will not be fired

Matthew Gebert is a Neo-Nazi. He is a the undercover DC leader of The Right Stuff (TRS), a mostly online anti-semetic group founded by Mike Enoch that coalesces it's online membership into local “pool parties” for more direct organizing with other fascist groups, similar to the Andrew Anglin's Daily Stormer “book clubs”. Gebert has been employed by the United States Department of State as a civil servant working the Department of Energy Resources since his hiring in 2013 under the tenure of Secretary of State turned failed presidential candidate Hillary Clinton.

The Senate and the Democratic Party prepare to hand control of the press over to the national security establishment. 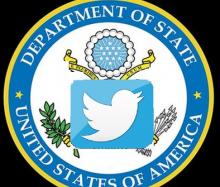 Still reeling rightward from their unexpected electoral college defeat, the Democratic Party leadership still struggles to find some force to blame other than their own candidates, positions and tepid token defense of the status quo. After searching the internet for the worst clickbait ever to call fake news (The fifth thing on their list will amaze you) they first enlisted the tech titans of Menlo Park to aid them in the first phase of their broad censorship initiative.