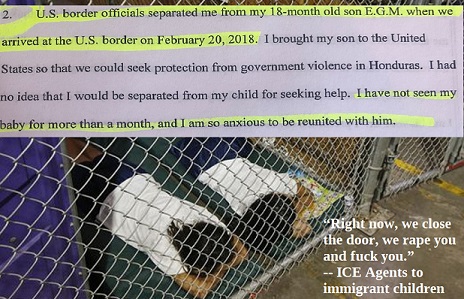 When my grandparents came hear as infants and toddlers in the early 1920s, the great lady of the harbor said “give me your tired, your poor huddled masses yearning to be free.” Today children are greeted at the border with a different refrain. According to the ACLU they are tossed into cages alone and told “Right now, we close the door, we rape you and fuck you.” by Border Patrol Agents. As reported by Vice Magazine, the Odyssey of horror begins with children and toddlers separated from parents, placed into cages like the one pictured below and then parceled out to who knows where while their parents are placed in prison for immigration violations and then deported without ever knowing where their children are. 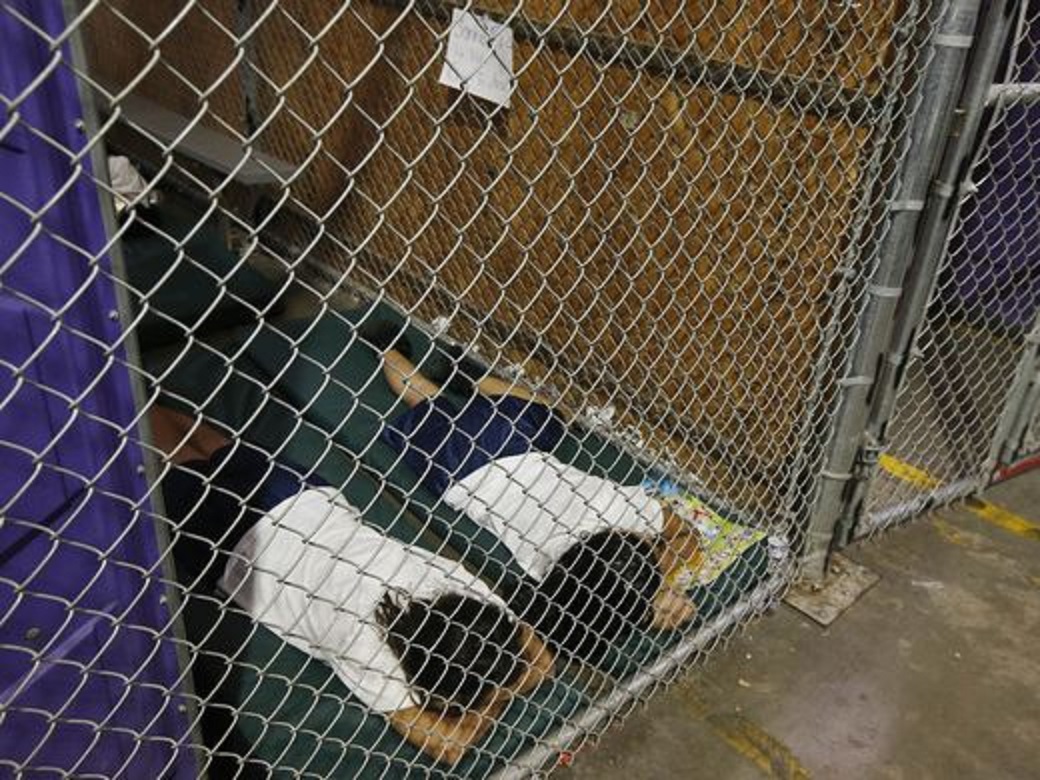 The Border Patrol is stretched for resources. They can not hire and train officers fast enough to staff what can only be described as overflowing concentration camps. This has resulted in the hiring of men who have been dishonorably discharged from the military, police candidates who have failed entrance exams, and even people with extensive criminal records. As long as you are racist enough to say "come to contaminate this country with all those things. Look at all those other girls, all fat.” to pregnant detainees you can have a gun, a badge a federal career and eventually a pension. Blue half-lives matter enough to make American law enforcement great again.

The abuse at these detainment camps for children is the beginning and we the very records are being destroyed. Children are then separated from their siblings, and put into foster care around the country. Background checks are not done and 1485 children were “lost” just last year. Our government essentially sold them into slavery. In at least one case, 10 detained immigrant children were found working on an egg farm in Ohio. Others have wound up sex trafficked or just plain old fashioned missing without a trace.

According to an ACLU report last year, ICE began destroying records of abuse including those related to sexual assaults, solitary confinement and deaths of people in custody. Their report continues “Other records subject to destruction include alternatives to detention programs, regular detention monitoring reports, logs about the people detained in ICE facilities, and communications from the public reporting detention abuses.” The ACLU did not file suit based on this report to preserve the records. It was August of 2017 and the ACLU was busy suing for the right of Neo-Nazi's to march and then tweeting in defense of Nazi murder.

Slowly the ACLU is re-prioritizing the lives of brown children over the feelings and so-called rights of Nazis. They are using the records they did not even try to save from the shredder and burn bag to at least keep the children with the parents in ICE detention centers, which are mostly on military bases. An excerpts from one filings are pictured below:

In the 1940s, America locked over 150,000 Japanese Americans, the vast majority of them citizens in camps. Many of them lost their homes because the IRS deliberately destroyed all of the 1939-1942 Tax records in 1943 in a direct move to disposes them. This is mirrored in America's record destruction in it's 21st century concentration camps.

Germany formed a whole SS Division, the 3rd Totenkopf or Death's Head Division out of concentration camp guards. In America this is reversed. ICE is being vastly increased in size and militarized, while being staffed with police and military rejects. The SS knew what they were doing and began destroying records of their camps and crimes as early as 1943, much like ICE began doing in 2017.

Israel, ever meticulous in it's genocide, records every Palestinian child they shoot in the back in their slow strangulation of the West Bank and Gaza strip. They do this to retaliate against the children's families later. America does not care as much. As long as the children are worked on our egg farms, properly raped by our federal polices forces and quickly separated from their mothers at age 2, America doesn’t care to even know their names.

The outrage has just begun to percolate through the body politic, but has not lead to materially effective resistance from inside America's ever expanding prison and death squad state. Perhaps this story will be extended with something hopeful to report in the future.