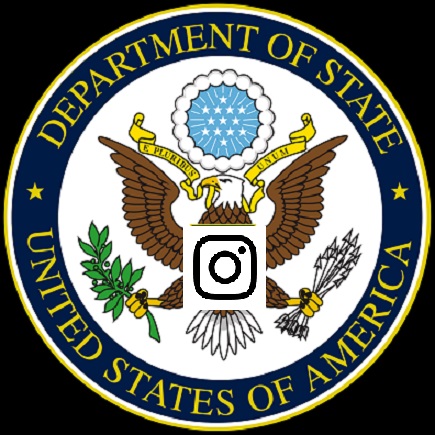 Farsi language news from non-Iranian sources, including those run ostensibly by the US State Department have not been censored. Domestic Iranian human rights groups, even those in opposition to Iranian government policy, have also faced censorship from this American company.

Instagram, which is owned by Facebook, is used by over a quarter of the Iranian population is and is the only social media platform not blocked by that nation's government. Some Iranians access Facebook and Twitter through virtual private networks and some also use Russian social media platforms.

Instagram has claimed that they are complying with United States sanctions against Iran because Soleimani was also a member of the Iranian Revolutionary Guard Corps which was designated as a terrorist organization in 2019. No other government organization of any government has been designated a terrorist organization in history. The closest parallel is the designation of the Waffen-SS as a “criminal organization” during the Nuremberg trials in 1945. This was done by the senior judges of four countries after much deliberation rather than by executive order by an impeached oligarch by a single nation.

This unprecedented move is pure censorship of the domestic media in another country which the United States is not yet technically at war with by a private corporation. Instagram's parent company Facebook allows domestic white supremacists to openly use that platform to organize without response despite their being responsible for 99% of the domestic terror incidents in the US. Facebook's main oligarch in charge, Mark Zuckerberg, is more well known than another major share holder, Peter Thiel, who is a firm supporter of Donald Trump. Thiel's connection to the American intelligence community through his flagship big data corporation Palantir has been well documented by this and many other publications.

There is a book on my shelf entitled Lawfare: Law as a Weapon of War. It describes the use of international law, through treaty, the United Nations, and unilateral fiat to bring another country to it's knees. 50 of the book's 343 pages are devoted to Iran by the author who is a former State Department official. It is a key theoretical text in a growing area of both symmetrical conflict between nation states and asymmetrical combat of one state against it's or another state's subjects.

In light of lawfare as policy both policy and operational doctrine of empire combined with Instagram's board level connections to the intelligence community, this censorship can only be seen as a next step of weaponizing individual online interactions and media consumption in the service of empire.

The contrast between Instagram's actions against individual Iranians, media corporations and human rights groups and Donald Trump's tweets threatening to bomb Iranian cultural sites in the context of international law is staggering. The same Nuremberg Court that labeled Julius Striecher, a key Nazi propagandist and editor of Der Strummer (The Stormer) as having committed crimes against humanity for his advocacy of genocide. Striecher went down kicking in the hangman's noose.

Thus the same universal international legal basis for designating any given organization a criminal or terrorist organization also built the legal premise for the concept that virulent public advocacy of a war crime is in and of itself a war crime even when the criminal has no connection to the planning or execution of the crime in question other than advocacy. Twitter's continued enabling of President Trump's 140 character crimes goes unquestioned while an Iranian soccer player can not post a single picture of a dead man in his own country without fearing the laws of the country who killed him.

Lawfare is law used as a weapon. The 19th century French philosopher seemingly foresaw this when he famously said this of laws

“They are spider webs for the rich and mighty, steel chains for the poor and weak, fishing nets in the hands of government.”

The reader should be prepared to see the law weaponized against their own speech on behalf of the right side of the political spectrum. The idea that Instagram was “complying with sanctions” as if they had received notice from the US Government is absurd. They complied with the imaginary implementation of sanctions without notice of their own accord. They did this in service of an ideology and of an oligarch. Apparently Peter Thiel can justify jeopardizing a near monopoly on a market of 80 million users and sacrifice a large portion of a user base of 24 million people just to please the provably fraudulent war agenda of a small minority within the national security apparatus.