Texas move for the Crew SC financed by Halliburton 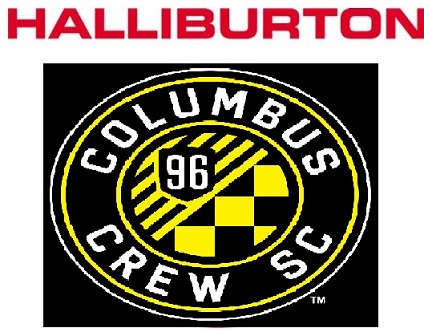 The Columbus Dispatch was happy some years back to welcome J. Anthony Precourt's ownership of the Crew SC. He was termed an “engaged” owner. With Precourt now demanding a brand new downtown stadium lest he move the team to Austin has this author looking up their editorial staff's home mailing addresses. I wonder if they would prefer salt or ketchup to wash down those column inches.

Precourt instead has the city fathers gargling with turpentine to remove the distaste of his negotiating tactics as Mayor Ginther has stormed away from the table loudly and the Franklin County has no intention of imposing a tax increase to pay for the Texas mogul's shinny new toy. It is interesting to watch two corrupt oligarchies be at an impasse over whose head goes where in the public trough. They literally can not agree on the split of the public's money. This is not sports revenue from fans they are arguing over, but the size and terms of a tax subsidy that comes from our pockets.

The Columbus Foundation proposed to front the some of the money for the stadium, which would be owned by Precourt and built right next to the property tax free arena district. Additionally, a .00.125% sales tax “diversion” would be imposed on all of us to pay back the money Precourt would have to spend to bring the project the rest of the way there.

By my scratch calculations that is an average of $22.49 per person per year for every resident. Imagine paying an additional gas bill once per year directly to a Texas oil millionaire so that 21,000 people from the suburbs can have a more “intimate” setting to commute to a few times a year to watch a Soccer game. Despite the initial refusal by County Commissioners, the Senate's midnight passing of a tax increase on every single American making less than $50,000 per year tells us that the rich get what they want in the current political climate. This deal was the one that was not good enough for Precourt.

The Columbus Foundation is anchored on the profits of Les Wexner from ladies underwear and opium and the blackmail influence of it's former President, convicted billionaire pedophile Jeffery Epstein. Their proposal, made through their frontman Doug Kridler, was not good enough. What gives Precourt the leverage to cause a mayor backed by two corrupt billionaires to storm away from the table?

The leverage, sumed up in three words, is “blood and oil.” Anthony Precourt's money was not made on Wall Street, it was made in Iraq. Despite billing himself as a “former investment banker” and appearing to make his money through his private equity firm, Precourt Capital Management, Precourt makes his money in oil.

His father Jay A. Precourt was a director at Halliburton from 1998 to 2010. He sat on the board with Dick Cheney. He was an indepenent director there for the bulk of the Iraq war. Precourt the younger is not a director, but the family's own little herd of oil businesses were bought out for stock and options by Halliburton. As Jay A. Precourt SR. is now 80 years old, his namesake spawn will likely inherit his directorship within the decade without paying much of the newly reduced estate tax.

Precourt's share of the 23,000 shares and another 30,000 options. As of Today, December 5 2017, that is worth $2.32 million. The yearly dividends alone would cover the option to purchase the land to build the stadium from Abbot labs, who keep raising the price on diabetic testing supplies they make with prison labor.

There are fault line within the Oligarchy when a pedophile and a drug smuggler can not team up with a big pharma welfare queen, a corrupt mayor and county to make a deal with a war profiteer over who gets what share of the public's wages.

It is not clear if the plan was to move the team all along, as Precourt had a secret escape clause in his purchase contract. Perhaps Precourt is bluffing, simply wanting more of our hard earned money. Austin has offered no public money for a stadium, and did not bid on one of the four MLS expansion teams. San Antonio's bid was predicated on Austin not bidding and a Republican judge there has threatened suit over this disconnect.

It is not clear which set of local taxpayers are getting stuck with what bill, but the negotiations seem to indicated that Halliburton, who “rebuilt” Iraq, twice, with our money, will be the big victor in the end. The question is what the spoils will cost and which demographic will have to get a second non-existent job to pay for it.

This article is in the culture section because working people subsidizing the lifestyles of the wealthy is the center of modern American sports and other culture.