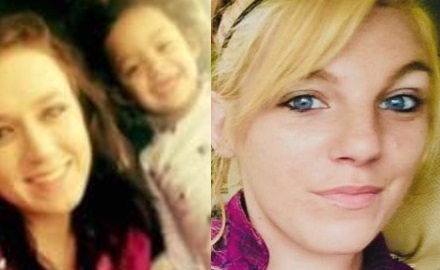 Police have a term for murdered sex workers. The term is “Less than Dead.” This is the literal station house and locker room phrase and has also been used to describe the level of zeal when a crime is committed against sex workers. It was not suprising hearing those words echo from the bushes in Upper Arlington this morning. Viewing this latest case, and the context and the official reaction makes the echos loud.

Yesterday, October 15th, Upper Arlington announced the death of 23 year old Bobbie Renee Simpson, whose body was found burning in a bush on the side of a park trail by a jogger the previous morning. The police are investigating the crime as an arson and abuse of a corpse. Arson is a felony. Abuse of a corpse is a misdemeanor. In the eyes of the police the burning bush was more alive than Bobbie Renee Simpson and is worth more.

Simpson had been arrested three times, including once in July and once in August, for soliciting prostitution. The July case had been dismissed and the August case was still pending. Her previous case from November of 2017 lists Andrew Mitchell as the arresting officer.

Mitchell is a vice officer and 30 year veteran who is under suspension for the duration an investigation. The nature of that investigation is not known. Additionally he is on paid leave following his murder of Donna Dalton-Castlebury on August 23rd in a parking lot next to train tracks on the West Side. Mitchell is claimed to have been part of an off the books undercover operation at the time.

Simpson is not alleged to have set fire to the bush and jumped in during an improbable and spectacular but successful suicide. The arson case is not closed with her having set the fire and therefore abusing her own corpse. Thus Simpson was dead or unconscious and nearly dead when the fire was started by some other person. That person would have had to have brought her corpse there. There are no reports of her or any other corpse being stolen. Therefore whoever put her there killed her. That would make her death a murder. The medical examiner has not ruled the death murder pending an autopsy that will be performed at some later unspecified time.

This echos the Columbus Police first refusing to admit that audio or video recording of Dalton's death during a sting existed and then refusing to release any of either.

The overstaffed and intelligence community connected Columbus Vice Squad is nearing the end of a review called by Chief Kim Jacobs. The review, hailed as some great step in transparency, is actually slated to last four weeks and is almost done. Given past police practice, the “investigation” or “review” will be extended in name only until one minute before the end of the records retention schedule, when it will be closed and destroyed. This is the Columbus Police Department's go to method for circumventing public records law through the use of the “ongoing investigation” exception.

The city administration, lead by Mayor Any Ginther, has signaled that is does not care either. According to reporting by Tom Sussi at NBC4, a whistleblower has come forth with a dossier on the Vice Squad that alleges extortion, selective enforcement and entrapment. The report was delivered to the hands of the prosecutor, the city attorney, the chief, the mayor and the FBI directly as well as the mainstream media. It has not been made public. The FBI will not comment. The Mayor's office punted the dossier to the FBI without comment.

The unreleased report includes selective enforcement, which means it is focused on brick and mortar businesses that have been targeted for the solicitation of bribes and other favors as kickback. Entrapment and extortion are even easier to do if the target is not a licensed business with a neon sign and a liquor license. Entrapment requires the force of law. Extortion just requires a credible threat of force.

One woman shot to death against a wall is a credible threat to all women out of doors in that area. Another woman murdered, dumped and burned in a park is a reinforcement of that threat. Both women were known to have been in the same area at the same times. Either Andrew Mitchel is a government employed serial killer on a paid vacation or the Columbus police department is trying to send a clear message to the public. That message is that knowing something will make you less than dead.