24 year old Donna Dalton, mother of 2, killed in a police shooting and the story does not add up He is a 30 year veteran. She was a 24 year old mother of two on her way to see her mom on Columbus' economically hard hit West Side this past Thursday, August 23rd. They were perfect for each other. He wanted someone to rape, she had no power. But something went wrong, and what should have been just another Columbus police shakedown ended in a hail of gunfire inside his unmarked car because she may have fought back.

Columbus Police Vice Detective Andrew Mitchell claims he was working an anti-prostitution sting in his unmarked car. Despite lavish funding, the police department failed to give him recording equipment or install any in the car. No explanation has been given as to why he was out “detecting” crime without any means of garnering evidence other than his word. A middle aged fat man alone in an unmarked car out of uniform without a camera and a recorder is a prostitution sting operation now.

Donna Dalton was headed to her mother's house. She had just called to say that she would be there soon. Those were her last words to anyone but her killer, detective Andrew Mitchell. The police would claim she already had a warrant for solicitation, but no open case appears in the Franklin County Courts system against her under either her maiden or married name. If she had a warrant, Mitchell could have used his radio to summon a marked police car and not blown his cover, but it seems he left his radio at the station with his body camera and car audio recorder.

What happened next makes even less sense from any kind of law enforcement perspective. Somehow Dalton wound up in the front seat without handcuffs. If she had a warrant she would have been in the back in handcuffs. Mitchell parked his car with the passenger side up against the brick wall that is the back of the small apartment building at 365 South Yale. The parking lot faces the train tracks so there would be no witnesses. The picture below was taken from a police helicopter and shows where the car was as police backup arrived to process the scene. 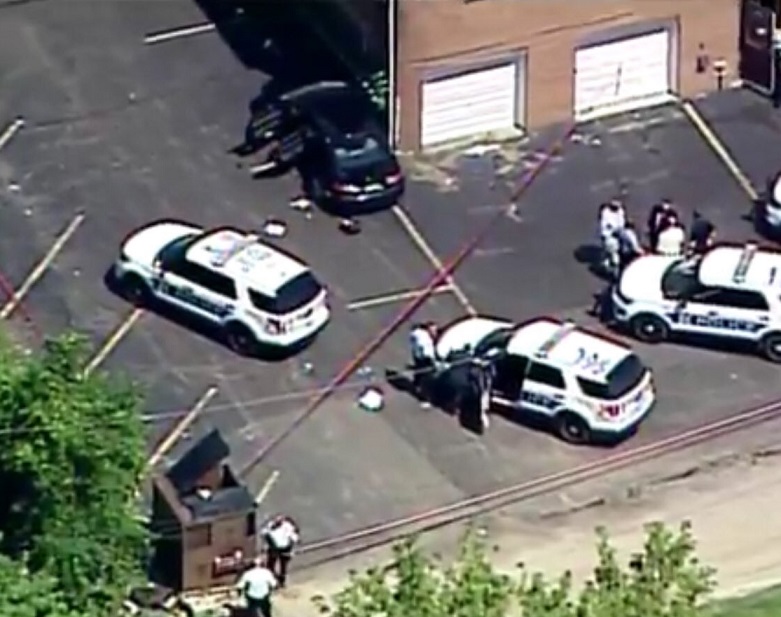 Andrew Mitchell shot Donna Dalton 8 times. Nobody disputes that. She was pronounced dead at the same hospital where we underwent surgery for a knife wound to his hand. He claims she stabbed him rather than go to jail. He however was in control of a the situation and used that control to ensure that there would be no camera, no audio, no witnesses and no radio to summon backup. If he was doing what the Columbus Division of Police claim he was doing, literally every check box on the “how not to do a sting” had been hit.

The Columbus Division of Police did not offer up Sergeant Worthington, their normal spokesperson, to pigsplain all the details to the public. He was recently arrested on child pornography charges and is on an unpaid leave. He is not the only ranking Columbus Police officer known to engage in child sex trafficking. Detective Sergant Terry McConnell, second shift supervisor at the special victims unit had charges recommended against him by the Reynoldsburgh police in 2011, but nothing came of it and he still investigates crimes like the one he committed.

The so-called vice squad since the 1970s has been integrated with police intelligence unit which gathers information on leftist radicals. Their operations are politicized shakedowns, as Stormy Daniels discovered on one of her recent visits to our city. Despite now being integrated with the Joint Terrorism Task Force, Mitchell's detail leader still did not send him out with a camera, audio or even a radio. Perhaps he was so equipped and choose not to use his tools and training for some reason.

This reporter suspects that this was a shakedown for money and or sex, which is something Columbus Police Officers have done many times before. Nobody will ever know if Andrew Mitchell murdered Donna Dalton because she refused him free sex or a payoff or if she fought back against her pig rapist. What is clear is that the police narrative is disjointed and full of obvious lies.

It is though the Police no longer even care to make the lies add up. As long as the word prostitute is said, Ms Dalton's death becomes natural and to them invisible, like a leaf falling to the ground.

Dalton is survived by her husband, Christopher Castleberry, whom she was recently separated from, two young daughters Carley and Kyleah, her mother and two older sisters. Her family and friends gathered quickly for a vigil, and are demanding answers. The first community outpouring of grief can be seen below and another vigil is planned for this evening Monday August 27th. 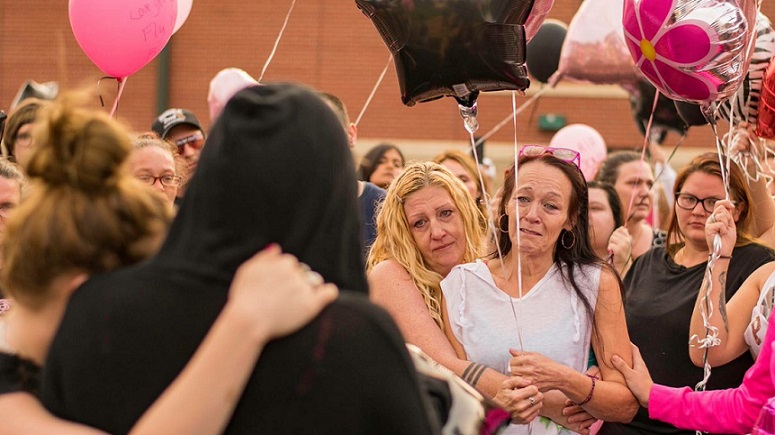 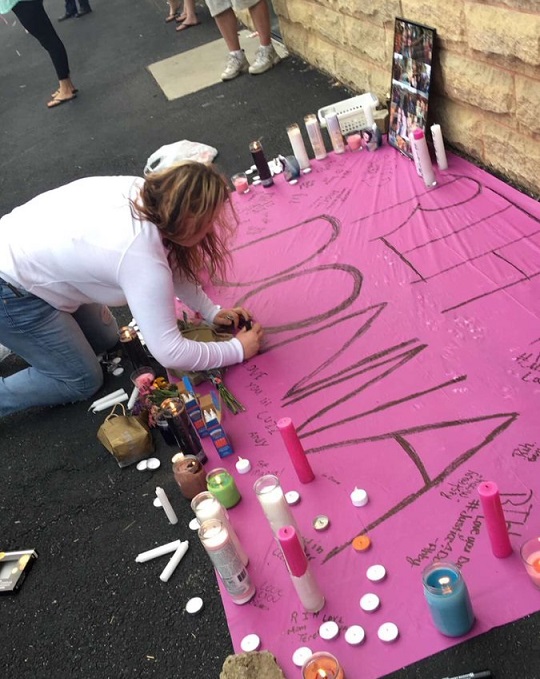