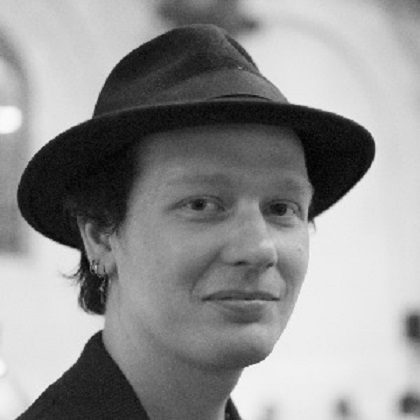 The United States continues to get it's money's worth from the neo-liberal regime in Ecuador. A $4.2 billion loan from the International Monetary Fund (which the United States chairs) has already netted Julian Assange from their embassy in London after the Latin American puppet state retroactively revoked his grants of political asylum and citizenship. They quintupled down on April 11th, when the centrist president Lenin Moreno went on national television to announce a government crackdown on “Russian Hackers.” This lead to one arrest, that of Ola Bini, a Swedish National, Software Developer, and confidant of Julian Assange.

The Ecuadorian Government claims it is seeking “Two Russians, a hacker and a Wikileaks associate” yet has only arrested Bini. It is not clear if Bini counts as the hacker, the “Wikileaks associate” or the Ecuadorian government is making things up for public consumption. Bini was picked up by the Interior Ministry at the airport as he was about to board a flight to Tokyo in order to attended a software developer's conference on April 12th. No one else has been arrested or even named.

It is not clear if the Ecuadorian Government counts Bini as their “hacker” or their “Wikileaks associate.” Clearly, until that very moment, they considered Bini completely harmless as he was a Swedish national permitted to fly between Quito and London and freely enter the Ecuadorian embassy in London to meet with Assange until the latter's arrest. One wonders what other country would allow a foreign national into their embassy in a third country that they had a strained relationship with over the person that the foreign national was meeting. Any responsible government would have denied Bini access to their embassy as he has no business in any embassy in London that is not the property of Carl Gustav XVI.

Bini, who is a core developer of the Ruby on Rails web development application framework and as a security expert has been intimately involved in patching security holes in that system. Moreno's assertion of “Russian Hackers” now extends to all security professional not under the direct control of the NSA.

Bini's parents have traveled to Ecuador to beg the colonial puppet government for their son's release. The Swedish government has done nothing for him, refusing to even release a statement anywhere as seen below:

According to Bini's father, Dag Gustafsson, Ecuador did not inform the Swedish embassy of Bini's arrest at the airport. Bini was then interrogated for 17 hours without food or water, which is torture by any and all definitions used in international law. Sweden should have objected, and retaliated diplomatically, as almost any nation state would do in order to defend it's citizens being held in what amounts to extrajudicial detention in another country.

Bini has stated that he is simply old friends with Assange and has nothing to do with the latter's work on Wikileaks. He may be telling the truth, he may not. If one was being held partially incommunicado in prison in another country while your home country does less than nothing for them one might not want to jump up on the table and scream “I work with Wikileaks and we have done nothing wrong.” even if that were in fact the case.

Wikileaks is accused of having a cache of documents that would prove both corruption on the part of the Moreno regime and it's collusion with the United States Intelligence community. The allegation is that it was attempting to blackmail the Moreno regime into not knuckling under to American and British pressure. Since there has been no release of documents as of yet seems to reveal that as a lie.

The theory that Bini was the courier for the documents also holds no water. If Wikileaks had damaging documents on the government of Ecuador the worst possible thing they could possibly do is keep them in with the most vulnerable person in the group in the Ecuadorian embassy and then bring them via courier directly to Ecuador. Wikileaks is not that stupid. Nobody is that stupid.

The idea that Bini is somehow an asset of Russian intelligence is the next most stupid assertion that has been made. If Bini was working for Russian intelligence as a Swedish national Ecuador is the absolutely most useless place for him. Sweden and Russia have been military rivals for control of the Baltic since the Twelfth Century. Sweden is the best place for a Swedish so-called hacker under Russian control.

This leaves intimidation of the global press and public the last remaining explanation for this sad affair. It is obvious from the timing of events that the Moreno government did it for money. The fact that this money comes not as a payment but in the form of a loan at interest from the IMF, which will never hesitate to intervene in a country's internal workings, speaks volumes about the Ecuadorian government's deluded definition of the words “National Interest.”