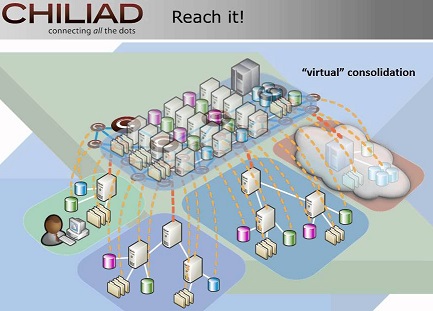 Jeff Epstein could not have raped as many children as he did without the help, grooming and participation of Ghislane Maxwell. His buddy, Prince Andrew could not have made it back into high society limelight despite being of the blood without the media intervention of Ghislane Maxwell, as we have documented. Epstein would owes his society access to Maxwell and to his friendship with Columbus billionaire Les Wexner, which gave him access to the world of high fashion through Victoria's Secret. His first arrest and sweetheart plea bargin from then US Attorney and now former Secretary of Labor Alexander Acosta lead Acosta to say during his vetting for the latter job that Epstein was “intelligence... leave him alone.”

Epstein, like any other intelligence asset, would have to have had a handler. That handler is likely to have been his girlfriend and procurer Ghislaine Maxwell. Ghislaine Maxwell's father, Lord Robert Maxwell, was an asset to both British and Israeli intelligence, going so far as to smuggle arms for the latter with the blessing of the former. While the camera loves Ghislaine, little ink has been spilled on her sister Christine Maxwell and her connections to both Epstein and the American intelligence community.

Christine Maxwell was an early internet pioneer. In 1993 she launched a Magellan, one of the first search engines on the world wide web Internet content. Magellan was acquired by competing search engine Excite in 1996 at a considerable profit to the initial investors and a boon to Maxwell who began her working career in publishing like her father. She re-invested in big data search technologies co-founding a company called Chiliad.

Chiliad makes use of on-demand, massively scalable, intelligent mining of structured and unstructured data through the use of natural language search technologies. The firm's software was behind the data search technology used by the FBI's counter terrorism data warehouse. They made their big breakthrough into government contracting just as Jeffery Epstein was getting into his first legal trouble in 2008.

In the post 9-11 world, one would think that Christine Maxwell's being a foreign national and owning a software company that is directly involved in counter-terrorism would warrant a background check. One would think that such a background check would find her sister's boy friend's conviction on charges of soliciting a minor for sex, which is what “Intelligence...leave him alone” Acosta allowed Epstein to plead his crimes down to the first time.

Being Epstein's girlfriend's sister was not her only connection to Epstein. Christine Maxwell also sat on the board of the Sante Fe Institute which is an independent, nonprofit theoretical research institute located in dedicated to the multidisciplinary study of the fundamental principles of complex adaptive systems, including physical, computational, biological, and social systems. Epstein openly donated $25,000 there in 2011, as can be seen in the snippet below, which is take from a larger file of some of his transactions that the Mockingbird has acquired.

This one snippet shows a direct monetary link between Epstein and both Maxwell sisters at a time when Christine Maxwell was building the databases that the FBI uses to hunt BLM activists and ignore neo-nazis.

Epstein appears to have attempted to use his relationship with both Maxwell sister's as a way into the government software world. In 2014 he became a founding partner of Reporty, now called Carbyne along with former Israeli Prime Minister Ehud Barak. Carbyne offers a live video and audio transmission service to emergency call centers that enables precise information regarding the location and reliability of callers to be transmitted.

His relationship to Barak dates further back, at least to 2008 when Epstein's phone book with Barak's number in it, along with many many others, became public. By training, Epstein was a financier and hedge fund manager. He had no background or experience with software development, the software industry, or government contracting. The only thing he could have brought to the table in a board meeting was access and Christine Maxwell is the perfect person to provide that asset to her sister's asset.

The FBI's priorities in finding domestic terrorists are about as fact based as the average saturday morning cartoon. Apparently their background checks, which are designed to stop people who may be bribed or blackmailed by foreign governments, were unable to notice a career pedophile making software alongside two foreign nationals while throwing parties involving the rape of children with a future President, a sitting Senator, and a Governor who later became Interior Secretary.

This would not be the first case of staggering incompetence in the FBI's department of background befuddlement the Mockingbird has reported on this month. But perhaps this it is not incompetence that was at play here but rather design.

Epstein was an asset of US intelligence, a literal tool for blackmail, used at the expense of hundreds of children over a period of two decades and Christine Maxwell is a bright color in that emerging picture.