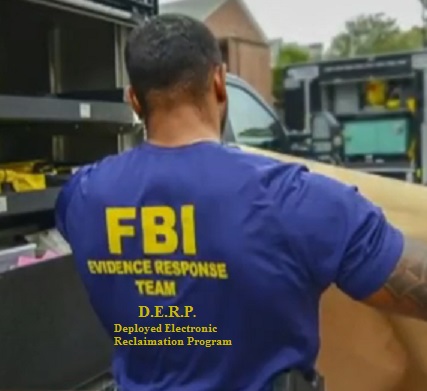 Amy Hess is a very good strategic thinker in terms of both doing her job and building a private empire within the Godzilla sized bureaucracy that is the national security state. When she asks Apple for help with an IPhone problem, that makes it a problem worth noting. The fact that this problem was similar to a problem that confounded her old boss, now former FBI Director James Comey, is telling. The fact that the two were at loggerheads over the issue is also telling. The fact that she has chosen the same solution she once opposed, albeit with more tact and discretion is also says something about the problem. The fact that Apple's answer changed from a No to Comey into a Yes to Hess makes the answer deserve more volume in the press than the question received. The fact that this is public for me to discuss with the reader is the most telling thing of all.

On December 6th 2019 a member of the Saudi Arabian Air Force, Mohammed Saeed Alshamrani, went on a shooting spree at Pensecola Naval Air Station, killing three American service personell. He died, and left behind an Iphone, just like the last two foreign nationals to go murder happy in San Bernardino. Unlike the last two devices, the FBI is able to access to encrypted portion of the phone's memory.

Comey had been screaming for years that he wanted a way in to Iphones because he is and was a totalitarian minded secret policeman. Then Comey and his geniuses could not get in to phones they really did not need to get in to but could not. Then they tried to sue Apple to force Apple to create a general solution to the problem for the FBI to use on anyone anywhere. They could have followed my public instructions and gotten in anyway. Instead, they paid an Israeli firm a large but undisclosed sum of money to do what any graduate student could have done without even my hand holding.

Amy Hess is not faced with the same problem and she can not solve it, despite essentially creating her own in house NSA within the FBI. This is because the data therein was encrypted separately before being placed on the phone. This is called super encryption.

If the data entered the phone via internet or cellular networks, it would have been captured by the NSA's XKEYSCORE program. According to a 2016 tweet by Edward Snowden, the FBI has access to XKEYSCORE data. Over 500 agents have clearance. This means that they can go back over every single packet that has entered or left that phone. It is perfectly legal to use this program on a foreign national.

What this in turn reveals is that either (A) a foreign national engaged in flight training with access to classified avionics was receiving encrypted communications and the NSA did not notice long before he went Columbine or (B) It was encrypted before with was download to the phone directly from another device, which would still provide enough metadata to help locate said device.

If the former situation is the case, somebody at the NSA should be looking for a job right now. That sort of thing is what the NSA is designed to catch, like when it is done by say... Russian Spies.. for example. Perhaps they are so busy looking for Russian Spies they failed to notice the physiologically unstable foreign national from the same country as Osama Bin Laden downloading encrypted material to a United States military base.

If the later situation is true than there is a second person involved. This seems less likely. If this were the case, Apple would have received communication from the FBI in secret. The FBI would be actively hunting this person. We would not know about Amy Hess's reportedly very nice request made directly to Apple's general counsel.

Which leads us to the third possibility, and the one that is the most chilling. The FBI is looking to use Hess's tact, technical accumen and public relations flair to achieve what Comey could not through bullying. That would be getting a back door custom built for them by Apple.

Apple said they would help any way they could but did not think they would be of much utility. The fact that I am breaking this down for the consumption of the reader, or even knowing about it at all, is because the FBI wants it in the public discourse because they want something from Apple that Apple is not willing to give them. Building public support for back doors into everything is something Comey tried to fake because he could not achieve it himself. Hess is walking a little more slowly, but she is walking towards the same goal with the same kind of broken Iphone.