Acceleration Down the Slippery Slope to Oceania: NSA Spying on the Public Will Now Be Permanent and Racial 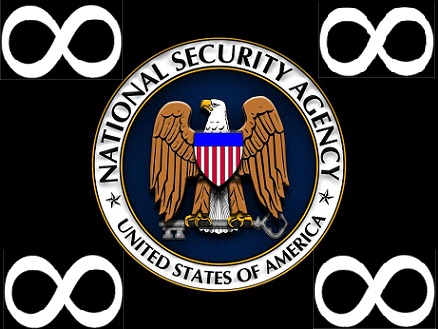 Children born 18 years ago this week have lived their whole lives with their country at war. They are old enough to enlist without parental consent and according to CDC birth records there are enough of them, 362,000, to completely replace the active duty component of the Marine Corps, 181,000 twice That number does not account for the United State's leadership of the developed world in infant mortality, which would place the number at 344,000, or not quite enough to double the size of the Marine Corps but still larger than the Air Force. While they have known only war, against an enemy whose name and location seems to constantly change and is only united by being non-white and deemed terrorist, they are also the most spied on generation in history. Concurrent with deployment of troops around the world was the development and massive deployment of domestic spying which currently counts “Black Identity Extremists”, which means people mobilized against police murder and brutality in America, as the number one domestic terror threat.

War has become permanent for America and now so has spying on the public. Thus the public is now the enemy to a generation who has been raised their entire life at war for cradle to graduation gown. The war began with a rush to pass the USA PATRIOT act by a Congress that was too busy rehearsing and singing “God Bless America” on television to even read the book-length law. That law enacted the regime of domestic spying. After Edward Snowden began revealing it's myriad abuses in May of 2013, Congress doubled down and legalized those abuses of the already abusive law with the USA FREEDOM act, which like it's predecessor, had a sunset provision.

The Trump administration asked Congress to make the law permanent on August 15th. The Republican controlled Senate and the Nancy Pelosi beholden centrist democrat majority in the House will certainly rubber stamp the act without debate during an election year as the Congresswoman from San Francisco never saw a boot she could not greedily lick. Thus there will be no sunset on war, no fading light on domestic spying, just eternal suspicion.

Without debate, without a national conversation that involves the public, the country is prepared to go to war with itself forever. The concept of the black identity extremist within the context of permanent war and eternal spying is telling. What this means is that the national goals, as written into law, is the subjugation of black people forever. More than 12% of the country identifies as non-latinix black. The use of the world identity in the terrorism classification shows that the target of this war is black people who care about their history and their future.

The other factor that can not be discounted in this move is Brexit.Boris Johnson's suspension of parliament yesterday August 28th, for two weeks with the approval of the crown, all but guarantees a no-deal divorce of the United Kingdom from Europe. The driving force behind the right wing Tory governments move aside from austerity is the removal of refugees and a bar of entry to more non-white people.

The exit of the UK from the EU will invaribly weaken NATO and push the UK into closer alignment with the United States, as has been the design of the Anglophile elites since Churchill. This began with the World War Two era “five-eyes” spying agreement between the white Anglophone nations (The United States, The UK, Canada Australia and New Zealand). That communications spying agreement provides functionality to the domestic spying programs revealed by Snowden such as XKEYSCORE.

These moves are domestically focused in both countries despite their international trappings. Looking at the five eyes nations on a map of the world shows a conformity with the territory of Oceania, which was the home of Winston Smith in 1984. Readings of 1984 focus on spying and the use and abuse of language, but there is a geographical component and those two treads are united in these two moves by two barely legitimate governments.

Simply put this is a racialist prologue 1984 happening before our very eyes and it will be met with silence and surrender in Congress as all draconian measures are. People remember the last sentence of 1984 “He loved Big Brother” but not so much a telling line from the last chapters “If you want to imagine the future it is a boot stamping on a human face forever.”