Will the Hampton Roads jail murder Angela Antoine in retaliation for outside activists speaking out? 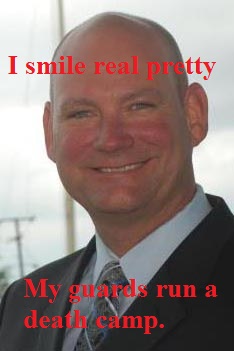 On July 14, supporters of Angela Antoine were in court for her first hearing since her wrongful imprisonment nearly a month earlier. Prior to her hearing, her medical care had been improving. Antoine has multiple life threatening medical conditions including severe blood clots which were being treated.

Then court happened. The court had a range of choices as to what to do with Angela, including re-instate her probation or order her medically released and confined at home. Instead the judge chose to do nothing. He continued the case for 30 days.

When Antoine returned to the jail to wait another 30 days to see if she will be granted release on medical grounds for her unproven and unprovable non-violent crime, all medical care ceased.

The regime of medications that had been hospital prescribed was “lost” by the jail. It was simply no longer on record. Without this order, no medications could be dispensed. Phone calls were made by her supporters to the jail.

In retaliation for the phone calls she was segregated from other prisoners. Her phone access is still available, but according to supporter Karen Garrison, sound on the phone call cuts out within seconds of the pickup. Hampton Roads Regional Jail phone service is provided by Securus Technologies, which has been previously reported on by the Mockingbird for exactly that same practice in Ohio. This time it is different, however, this time it is not a scam like robbery, it is part of a slow murder.

Despite now being essentially held without outside contact in secret, which is also done in Ohio, some word has gotten out. That information points directly to explicit retaliation by prison staff for public pressure on Antoine's behalf.

Prison staff that can be identified, including Lt Karen Whitehead (Karen identifies as male), Sgt. Everett and an officer Roe have all directly told Antoine and her supporters that she would not receive any medical care while phone calls about her case continued to the authorities.

She was taken to be examined by Dr. Micha Stull (ER) at Bon Secours Maryview Hospital, Portsmouth, Virginia on Friday July 15 and was told that she needed to return the next day. The guards were told to bring her back because they needed to find the source of her blood clots. She was not returned on Saturday July 16.

An emergency grievance was filed at 11:45 am on Saturday. It was not acted on until 5:30 pm when Antoine was readied for transport to the hospital. Upon reaching the ER, she was told that the sonogram technician had gone home for the weekend. Rather than keep her in the hospital under guard, she was immediately returned to prison.

The prison was then locked down Sunday night because of a failure of its air conditioning system.

Rather than be intimidated by what is essentially hostage taking and death threats, Antoine's supporters are escalating their tactics. In addition to reaching out to major human rights groups. Karen Garrison is asking for Antoine supporters to directly contact the Sheriff Jim O'Sullivan, Sheriff at 757-382-6159. Supporters are asked to “make no threats, but openly record the conversation.” Local Television Stations and Politicians are also being contacted by her supporters.

Should Antoine be killed by medical neglect in Jim O'Sullivan's little death camp by the bay, she will not be the first. Jamycheal Mitchel died of starvation there in on August 19, 2015 in a cell covered in feces and urine. He had been ordered by judge to be transferred to a mental health facility. Had the Sheriff's department not ignored the judge he would be alive. His family has filed suit and four inmates who witnessed guards abusing him have filed affidavits in support. They now claim they fear for their own lives because of threats of retaliation by guards and repeated interference with their phone calls.

Since investigations into Jim O'Sullivan's own private murder fortress, his staff, rather than reform even for appearances, has taken time out of shinning their jackboots to escalate retaliation against inmates. They do not seem to care that those inmates have the support and attention of large well-funded national non-profits advocacy groups.

The Mockingbird will continue to cover this story as it develops.