When the Klan comes to town, Dayton is for whites only 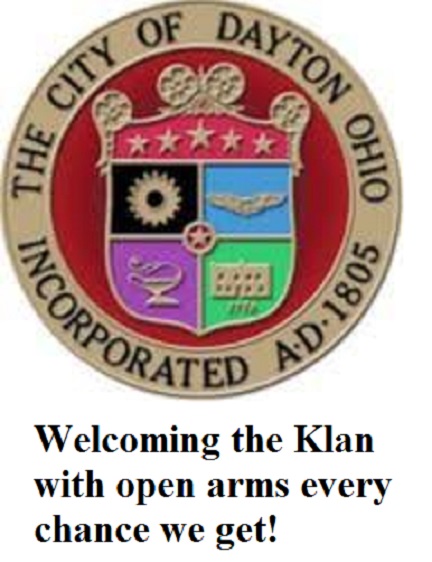 Many people here the word Ku Klux Klan and think of the deep South and unreconstructed neo-confederates riding at night with support from the city fathers and some obese caricature of a sheriff. That image is a convenient alibi of denial for those living in the deep North as Ohio, Indiana and Michigan have always been hotbeds of Klan activity and Dayton has always been a center of white supremacist activity. This is why the so-called Honorable and self-described Sacred Knights of the KKK have chosen to come to Dayton to recruit at a rally at the old courthouse on May 25th 2019.

The city gentrifiers in chief initially feigned shock and horror which was immediately followed by the usual mumbling about rights and free speech. Two days ago, on March 9th, the other shoe fell. Black Lives Matter Dayton requested the use of the Levitt Pavilion Dayton, which is two blocks from the Klan's rally. Their plan was to hold an indoor concert in opposition.

Lisa Wagner, executive director of the Levitt Pavilion of said the determination was made to deny the use after talking with police and city officials. A different Black Lives Matter group, Black Lives Matter Miami Valley, is working with the city on an “official” anti-hate event sponsored elsewhere by a city-approved coalition. The coalition, called A Better Dayton Coalition, is sponsoring a series of town-hall meetings to build support for it's police approved government supported anti-klan protest.

Black Lives Matter Dayton meanwhile has announced that they will occupy the steps of the Levitt Pavilion during the klan rally to protest their racist treatment by the city.

Neither the city approved police authorized counter-protest nor the concert have permits that are publicly available. The Klan's permit however is a public document and was acquired through standard public records request by the Mockingbird. It includes a phone number, post office box and email address of the head racist in charge and can be seen below. 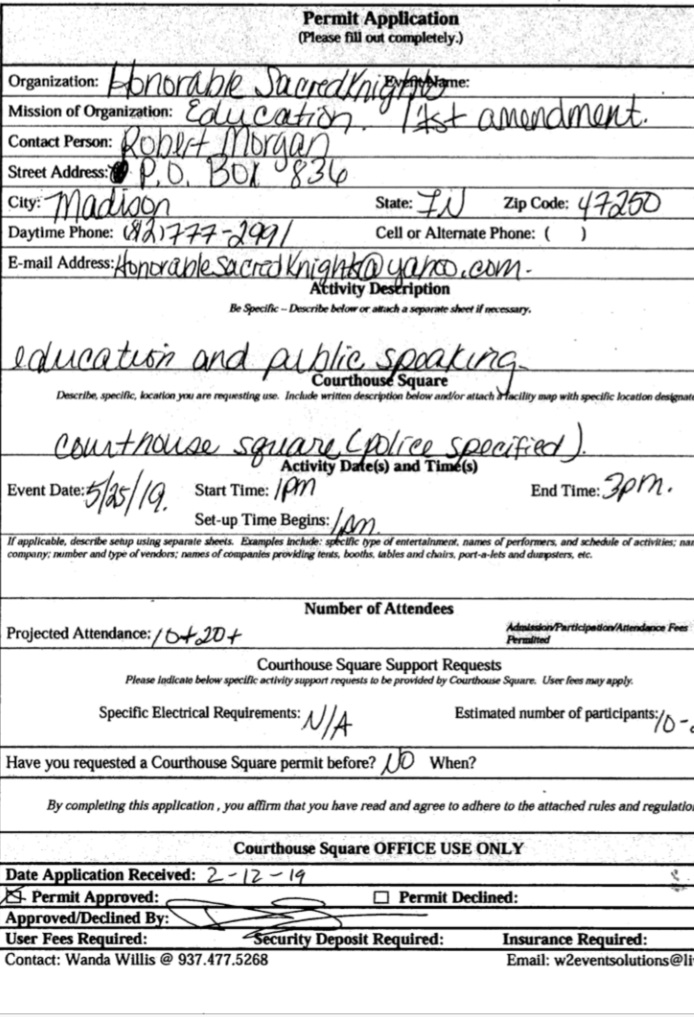 This disparate treatment of the three different groups gives a clear indication as to the true feelings of Dayton's governing and police elite. The Klan has inalienable legal rights. Groups that the city approves of can have rights when and where they police feel like letting them. Groups that the city does not approve of have no free speech rights.

Objectively this proves the City of Dayton and the Dayton Police are pro-klan and anti-black. This will be evident in the police treatment of counter-protestors on May 25th and their taking the Klan out for potato salad at Applebee's afterwords.