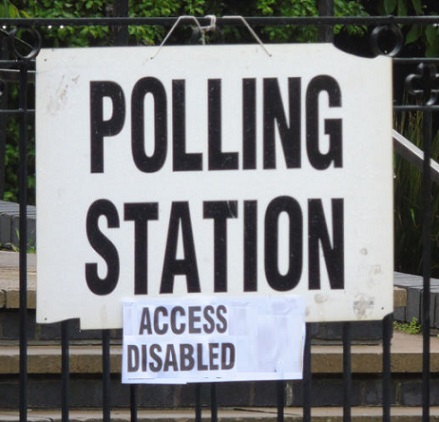 After disallowing registrations 53,000 from voters in mostly Democratic counties, 33,000 of them black, Georgia made more moves to suppress the vote in tarted and calculated ways. An additional 107,000 “inactive” voters were removed from the rolls on October 18th. At the same time, at least one bus load of African American senior citizens was stopped on the way to a polling place by police and election officials and turned back. These, along with other tactics, will form an asymmetrical web of barriers to counting the votes of non-white, non-republican voters.

The move to 107,000 “inactive” voters from the rolls is an attack from a new direction. A Georgia voter is considered inactive if they have not voted in the past 3 years. This would included people previously forced to vote provisionally or were not able to vote because of long lines or transportation problems. It also happened a week after the October 9th registration deadline and thus can not be challenged. This targets voters who recently became more politically engaged by current events or are senior citizens.

Georgia's “inactive voter” rule removes after three years while other States with similar provisions remove voters after four or more years, thus ensuring they have not voted in more than one Federal election. It was utilized not only after the voter registration deadline but also after freezing registrations with a software program designed to fail. This “exact match” software was examined by experts for a Washington Post article yesterday, October 20th. It was found to disproportionally target non-white voters and could disenfranchise a total of over 90,000 voters, of which only 30 will be white.

Georgia has stringent voter identification laws based around their drivers license system which will be subjected to exact match software a second time on election day. This will suppress even more of the vote. Until election day, it will not be known how many will be turned away or forced to vote provisional. Provisional votes are not counted until after all other votes unless the race is conceded and if there is one thing a Democrat knows how to do, it is surrender.

Surrender is already in progress. Although the NAACP is has filed suit on the subject of inactive voters and other groups have sued over the “exact match” software, the Democratic Party has yet to shift national resources or even rhetoric to defend members of it's own party in Georgia. Perhaps the racial composition of this disenfranchised block of voters influences the decision making of a party seeking to move moderate Republicans over to their line of bipartisan compromise.

There are 3,900,000 registered voters in Georgia. 197,000,000 voters removed through either “exact match” software which does not actually match, and “inactive voter” provisions is over 5 percent of that. That five percent will be 70 percent non-white and concentrated in Democratic Congressional districts. This will magnify the impact the both the lost votes and other suppression techniques.

Traditional get out the vote techniques, like the organizing bus loads of voters to vote early in person are now being targeted for direct police repression, adding another layer of disenfranchisement. These events, often leaving directly from churches that older citizens can easily reach in their own neighborhoods, are a community political expression based around the actual lives of people old enough to remember when they were not allowed to vote at all in Georgia and many other states. If Georgia officials are trying to send an early message about the return to a different era it seems they chose early voting as the a good time to do it.

It remains to be seen if the so-called blue wave can defend the seats of incumbent democrats much less pivot the seats of Republican congressmen in the 4th, 5th, 7th, 11th, and 13th Congressional districts surrounding Atlanta. It seems that John Lewis, with no republican challenger on the ballot, is the only so-called safe seat in this white voting only red meat red state. The Democratic party can not even mobilize to turn this into a propaganda victory because of their own fear of an engaged electorate.