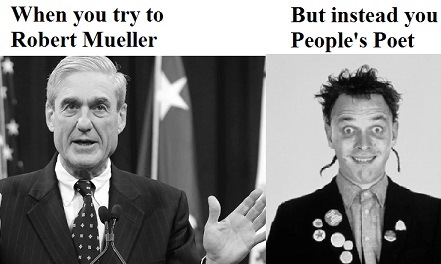 The yearly festival that New Yorker Magazine, for those readers who, like myself, do not attend, is a $40 an hour set of presentations on Art, Literature, Culture, Politics and “everything in between.” Looking at the past lineups and current presentations it seems to be what happens when a Ted Talk and NPR's All Irrelevant Things Considered made babies in a radioactive clone vat. Thanks to this year's gaff one can finally understand why the iconic covers only actually appear as bathroom wallpaper: Looking at all this can help you poop.

This year they invited crypto fascist and former Trump whisperer Steve Bannon. This caused various and sundry celebrities to drop from the roster loudly on twitter. Realizing they had just sunk their flagship yearly event, like South by Southwest but more of a New York by Beltway, the magazine rescinded Bannon's invite.

This left Ivy league Lawyer turned poet Seth Abramson launching into a 14 part tirade, one part for each word in a white supremacist's motto, on how he had been robbed of an opportunity to save America by interviewing Bannon. Abramson, who is so deeply emotionally committed to the various Russia investigations that even the New Republic and the Atlantic have called him a conspiracy theorist, had hoped to play journalist and grill Bannon onstage until he somehow incriminated the president.

Abramson noted that there would soon be a black out on announcements and indictments Special Counsel Robert Mueller's office until November due to a prohibition on undue influence on federal elections. He lamented missing his chance, as a poet, to step in and get the goods that actual prosecutors could not get. He noted that several Congressional investigations are also stalled. But people's poet, with help from his friends at the flagship of East Coast neo-liberal literati, was going to save America by interviewing the fascist version of everybody's drunk uncle Jack.

Never mind the flying indictments, Mueller, who is a slow but relentless machine, has yet to decide that Bannon needs a questioning under oath never mind in front of an audience. Looking closely at the indictments of actual Americans, one quickly sees they center around money laundering and lying about money laundering. Even Bannon said “It's about the money laundering” when asked. Mueller's actual specialty is white collar crime, after all he is a former FBI agent who built his career on mob prosecutions. Bannon does not know anything that Mueller is not already prepared to prove some other way.

It was an idea worth of mockery, except for the part where this was a flagship literary institution trying to be edgy for profit. While there are weekly fights with fascists around the country, numerous attacks on meetings and protests by groups inspired by Bannon and his ilk, the New Yorker sought to give the man a platform.

No-Platforming is both a tactic and a strategy of the antifascist movement. By denying a platform to fascists on the streets, antifascists hope to deprive them of an avenue to organize, grow, test and display strength and carry out actual pogroms. By refusing to share a platform in debate with fascists or even be interviewed for the same story with them, antifascists hope to keep them from being normalized by the supposed balance and neutrality of the venue.

The inevitable outcome of giving the ideas of genocidal manics equal weight to anything other than the contents of a septic tank is to raise their respectability above said septic contents and lower their opposition's legitimacy. This eventually leads to what is called false moral equivalency and is one of the key weaknesses of liberalism's ever tepid response to an ideology that will execute them last. The New Yorker is willing to do exactly if they can make $79 a ticket off the event.

On my bookshelf is a copy of William Shirer's The Rise and Fall of the Third Reich. The “Rise” portion of the book is replete with stories of right wing violence getting a slap on the wrist from the courts and left wingers catching a flying gavel from the same. Mein Kamph was written from prison, but hastily so as Hitler did not spend much actual time there for his attempted armed overthrow of the government of Bavaria. Left wing revolutionaries were shot without trial a mere six years earlier for less serious things. I've mentioned a book that anybody working within two office doors of the New Yorker should have read, and it appears that people's poet Abramson did not internalize the lesson, unless he would prefer to cuddle Bannon on parole and have me shot. This is not a secret or niche leftist tome, it is a book written by the New York Time's only Berlin reporter as he watched. It's on my bookshelf and it was on my father's as well.

The New Yorker's engagement with Bannon is long standing. Back when he still had but was loosing a White House job they were quick to reach across the aisle and half cheer the eminently indictable Jared Kushner for having a hand in pushing him out. They were calling this a victory of “globalism” over Bannon's nationalism. When Bannon says globalism he means an anti-racist ethic of equality and mutual understanding. He is against that. When the New Yorker says globalism, it is an attempt to dress up the rule of global finance capital that everyone else calls neo-liberalism in anti-racist cosplay attire. My dull $35 katana does not make me Mugen from Samurai Champloo and palace infighting does not make Jared Kushner a hero of the international proletarian revolution. Maybe they went after Kushner later in the article, but I turned away after two paragraphs as if it was the life and times of a ham sandwich. There is no story after the first bite.

It would be easy to name this event a disease by calling it Weimarism. To be accurate one would have to address the disease of Weimarism by identifying it by a list of symptoms. We would call this symptom platforming. Weimarism has many symptoms, including a tendency to punch left while screaming to the right and reaching across the aisle to find a common ground. It appears to be what my parents generation would call a social disease and it is spread by the endless fucking around that happens between the upscale neighborhoods in DC and New York where the bathrooms are wallpapered with the New Yorker to help the elites deposit platitudes for our consumption.