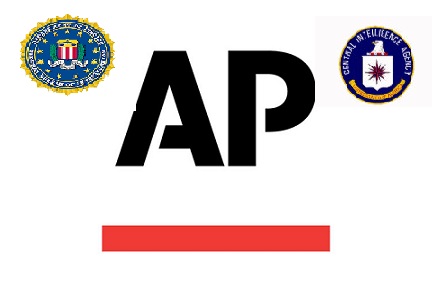 On Saturday October 5th, the Reporters Committee on the Freedom of the Press (RCFP) reported the findings of one of their many and constant Freedom of Information Act (FOIA) requests. The group had noted that the FBI had in actually infiltrated an agent into the news stream of the Associated Press and actually published an article in 2007. This was exposed in 2014 and an internal FBI investigation found that the operation, although legal, was outside of the changing guidelines.

The fact that the FBI announced that there in fact were guidelines for impersonating reporters and documentary filmmakers was what prompted the FOIA request. The result is that there are seven pages of only slightly redacted guidelines which are down loadable at the bottom of this article. As shown, the approval for such operations comes straight from the very top of the FBI.

The RCFP's presentation heavily emphasized the effects of this well-established practice on the profession, noting that it would undermine trust between journalists and sources. What was not emphasized was the context of the practice in the current times. The FBI used the mass media very consciously to build itself into a dominant independent force in government starting in the 1930s. The actual use of planted stories in the press to undermine political dissent was first documented as part of COINTELPRO in the 1950s. That of course is history, but this current set of actual paperwork procedures shows that the practice another prong in controlling the press in a free society.

Five days from now, on October 18th, former FBI Agent Terry Albury will be sentenced as a spy for leaking to the press about racist practices and surveillance of minority communities where he worked. This is a clear message as to what the boundaries of a so-called free press are in at least one direction. The Justice Department has secret guidelines that for prosecuting journalists that some mainstream press outlets at least gave input on from the Obama Administration. That establishes boundaries in another direction.

Along with those two walls, the intelligence community also has a number of one-way doors into national and international conversations. Eric Holder's Justice Department appropriated for itself the right to define who is and who is not press. On the same day Congress gave permission for the CIA to use propaganda on American soil. That had been illegal since 1948.

The idea that these walls and doors are being actively used in coordination is chilling. Walls and doors are meaningless without being part of some building. The coordination between these elements is more than hinted at by the existence of the Department of Homeland Security's secret press database of who is and who is not friendly press.

Together that is now four walls and two doors. Given a roof the box the press is in is not a free standing structure. That metaphorical roof is the outright or by close proxy ownership and control of large mainstream press organizations.

This last condition was achieved in 2013 when Jeff Bezos bought the Washington Post. He paid the exact amount that Amazon was paid by the CIA for cloud services. The deal was negotiated by George Tenet, former head of the CIA under Clinton and Bush. Amazon recently announced that it would bid on another $10 billion in cloud service for the Department of Defense. Apparently the Washington Post's work pleases the CIA. We will see the outright market intervention that takes place when the additional contract is awarded.

There are four walls and a roof. The free press is boxed in and there is only one way to go and that is slightly underground. The choice is that or through a hole or holes in the walls. This latest move of press impersonation by the FBI is the federal government directly intervening in a sector of society they already control in many respects.