Trump Clinton rape and the media Donald Trump's comments barely need repeating. Everyone heard them the tenth time time they were repeated. Since the comments were made public late, women have come forward with stories about Donald Trump. Some were unlucky enough to have been on an airplane with him. Others were media personalities. Their stories were re-told by the media and Trump's comments have held the spotlight for an unusually long time. But what about the time Donald Trump did rape? That story held on for only a couple of days, and then it was gone.

Donald Trump is not a criminally convicted rapist. He is however alleged to have raped an under aged girl in a New York town home owned by Les Wexner and rented by Jeff Epstein. As reported here in the Mockingbird this past May, the 1994 incident is now the subject of a federal suit by the survivor. Trump's threats to kill the girl and her family were not the subject of debate questions, and were not repeated ad-naseum by the press. The media did not care because the girl was not one of their own.

There fact that there is a missing and presumed dead victim of Trump and Epstein is also not on the national political agenda. Epstein's connections to Prince Andrew are not on the agenda. The fact that Bill Clinton has been known to hang around with Donald Trump's rape wingman has been known for over a decade but is not on the media radar.

Trump waved his association Epstein off and it went away as soon as the story broke “Jeff is a great guy, he loves beautiful women as much as I do.” That quote, associated with a lawsuit, testimony and a pattern of behavior should have been resurrected in the media discourse. Amanda Knox has a movie, Joan Bennet Ramsey's killer is still being sought, wealthy women are still coming forward and Honey Bo Bo is still being pushed into my news-feed. But one not wealthy woman, named by the court Tiffany Roe, has alleged rape of herself, a Jane Doe and another girl named “Maria.” The Mockingbird is still the only news outlet small or large to ask where Maria's body is since she is alleged to have been killed.

Jeff Epstein has a girlfriend named Ghislaine Maxwell. She rents an apartment in New York. The address is listed in Epstein's phone book under “Apartment for Models.” Lynn Forester owns the building. Another of Forester's Manhattan properties was used for an expensive fundraiser by Hillary Clinton hosted for Chelsea Clinton's mother-in-law, former Congresswoman Majorie Margolies. Margolies was married to former Congressman Edward Mezvinsky, who was convicted of mail and wire fraud in 2001.

Hillary received large campaign contributions from both Maxwell and Forester listing the same Manhattan address. Ghislaine Maxwell was at Chelsea's wedding to Margolies's and Mezvinsky's son Marc Mezvinsky. Forester spent the night after her wedding to her husband, Economist Publisher Evelyn de Rothschild, in the White House while Clinton was first lady. 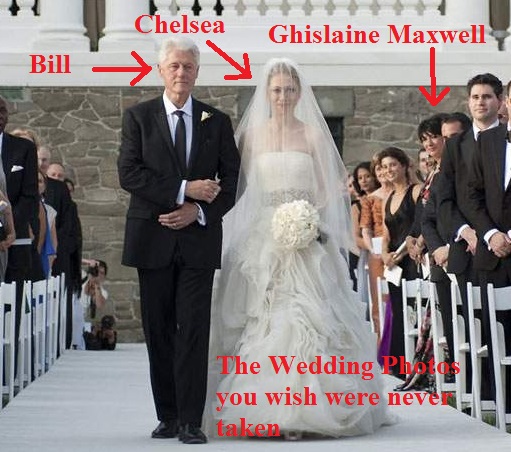 Lady Lynn Forester de Rothschild is not just a Clinton friend, she was a campaign surrogate for Clinton in 2008 and a campaign contribution bundler in the current election cycle. She is in the inner circle of the national Democratic Party. In one email, released this week by Wikileaks, she advises reigning in Senator Elizabeth Warren's economic message as being too left. 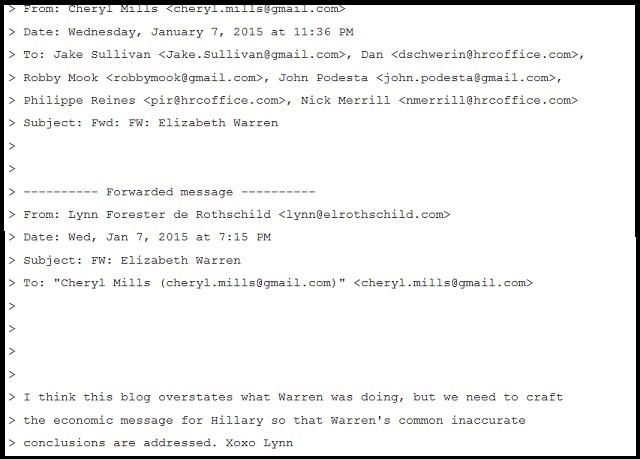 Summing this all up, one woman alleges rape, death threats and a possible murder by presidential candidate Donald Trump and Jeff Epstein. The media says very little and only for a short time. Jeff Epstein, who is convicted of sex crimes with a minor, has a girlfriend. That girlfriend gives money to the other presidential candidate Hillary Clinton and is good enough friends to be at their daughter's wedding. She is accompanied at that wedding by her landlady, who is a Clinton bundler, campaign surrogate and strategist with a very regressive set of ideas on economic policy for those of us who share a class background with the woman alleging rape by Epstein and Trump. Meanwhile, that landlady owns a building that has an apartment listed as “Apartment for Models” in the phone book of a convicted sex offender connected to both candidates.

One would think the mainstream media could really make it's advertising revenue on this story. They could make their advertising revenue debunking any part of this story were it false. With the exception of the actual content of the released Wikileaks emails, each fact in this story has been reported by a mainstream source. Of course Forester, Maxwell and Epstein are very well connected to the mainstream media, as I have previously reported. Mainstream reporters, as we have also previously reported, directly vets copy before it is seen by their editors with Democratic National Committee and has also been caught illegally raising off-the books money for the Clinton campaign.

The media will happily report a horrible quote by Donald Trump saved for 11 years until it is October surprise material. The media will not report that both major party candidates are closely connected to the same convicted child sexual abuser, his procurer girlfriend and her banker landlady. The 2016 election shows that both major party candidates are literally stains on the same dirty laundry.