Some people are called journalists and should not be allowed the title. The only justification for calling Andy Ngo a journalist is that CNN (which actually gave him air time) and the NY Post (which allowed him to repeat his claim that the recent mass shooter in Dayton was an anti-fascist activist) have for giving him space is they use the qualifier “conservative journalist.” Fascist propagandist is a better monicker, as Ngo writes for Quillette, which fancies itself libertarian but has been called “the voice of the intellectual dark web” by Politico. Ngo regularly appears and participates at right wing demonstrations of such groups as the Proud Boys, which he then gives fawning coverage to.

The basis of Ngo's claim that the Dayton Shooter is “an antifa” is the fact that this man, who gunned down 7 other people after murdering his own sibling and their boyfriend, is alleged to have attended an anti-klan rally once, and voted Democrat twice. That's it. I was at the anti-klan rally in Dayton, I did not see him. I was involved in the organizing for 3 months leading up to it. He was not involved with any group I spoke with. I was dressed in black along with others dressed in black, he was not amongst us. We all came together, we all left together, we all stayed overnight in the same place together. The shooter was not there. We know each other, you can not come to our gatherings and just couch surf. It does not work like that.

Ngo's motivation for pushing this lie in the NY Post and other outlets is simple deflection. The El Paso shooter cited Ngo in his manifesto after the latter tweeted that “antifa” were going to invade El Paso. Based on Trump and Ngo's words, he drove 9 hours to commit mass murder. The tweet is reproduced below: 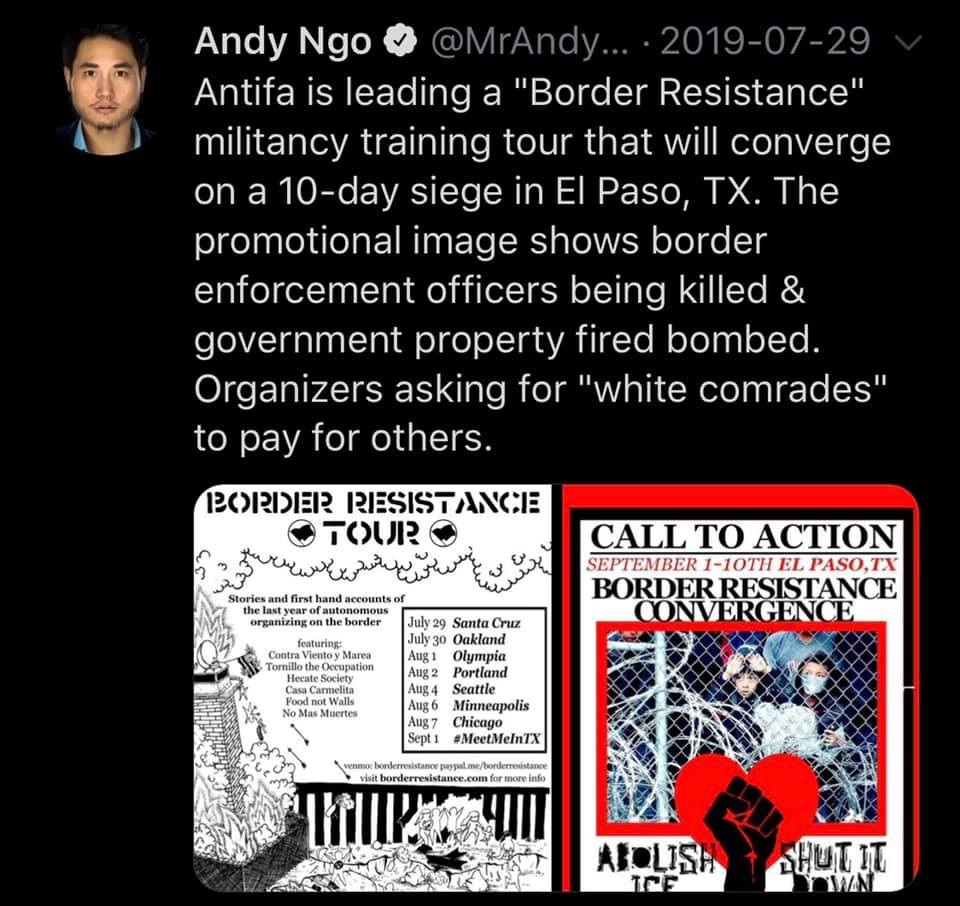 This has been part of Ngo's ongoing propaganda campaign to portray anti-fascists as the “real terrorists.” His antics in Portland Oregon got him a couple of punches in the face and hit with a milkshake. He decided to claim he had a brain hemorage and the milkshake was “filled with cement.” Let's put that lie to bed right now.

A thrown cup of cement is called a “yippie popsickle” It's made with a cup, cement, and a small piece of rebar. I actually made one of the 40 plus year old devices once. This is what they look like: 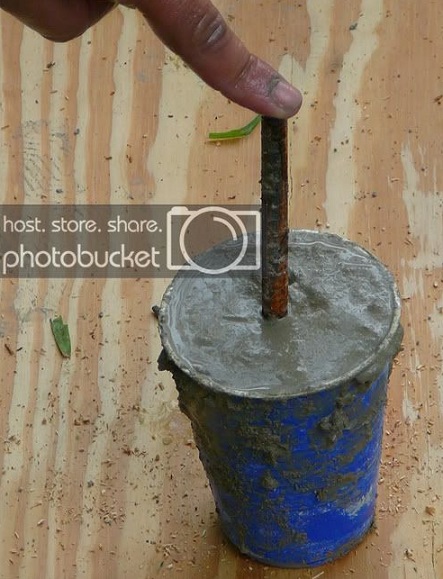 Adding cement to a milkshake does not work. As a former cement worker, I can explain why. If one were to add enough cement to a milkshake to get it to harden it would not be a milkshake. Not that it would harden because the sugar would spoil the reaction, but let's pretend it was an sugarless milkshake. Cement hardens in an exothermic chemical reaction that expels water. Trying that would produce warm milk floating on top of cement. No ice. No shake. Not much to splash on Andy and make him look like this: 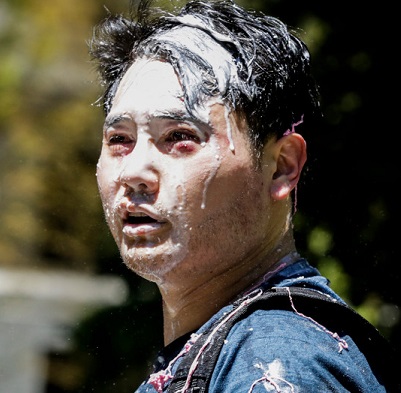 Back to the actual yippie popsickle. Why did I make one? I had left over cement and left over rebar from making stone locks, which are traditional Chinese exercise devices used by martial artists. Here are some of the pictures of the ones I made that were taken as part of a photo how-to essay for a martial arts website. Note that the rebar is clamped and bent with my bare hands. Take copious notes if you are a fascist and think I'm a snowflake. 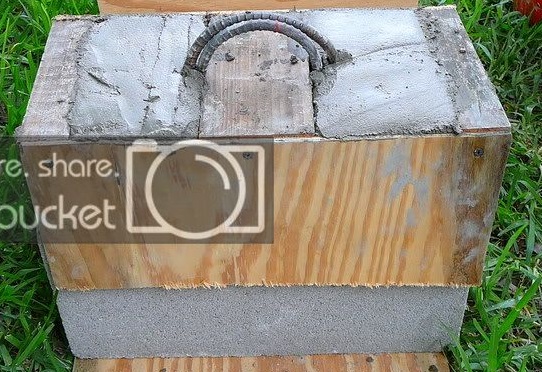 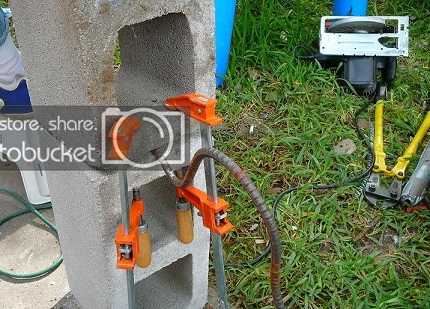 Ngo's claimed “brain injury” hemorrhaged onto the Senate floor when Ted Cruz took up the his call to have “antifa” labeled a terrorist organization. This Senate resolution, based on the work of a provable liar, names antifa in general and a single group, Rose City Antifa in specific. I've sat in the same room planning activism with members of that organization, and they are not terrorists. I've specifically seen them plan actions to preclude any danger to the general public. They will hurt a fascist. I've seen them take great pains not to harm a single other person even by the omission of the slightest detail.

The Republican party is afraid of anti-fascist politics, as they place opposition to the current regime outside of the control of bree munching surrender donkeys that run the Democratic party. America's problems are not solvable by voting and policy, but by disobedience and action. This frightens the hacks at the reigns of both parties, but it frightens the Republican hacks more as they are the party in power. One side of the aisle will resort to false moral equivalency, the other to outright lies.

Ngo's campaign, which this is now definable as, is an attempt to create false victim-hood in order to advance a right wing agenda which can be accurately described as fascist. Not all fascists are white, but all are anti-left, violent and liars. Hitler rose to power in part by claiming that the Jews were persecuting good Germans. This is Andy Ngo's new riff on an old baseline.